Apart From PM CARES What Other Options Are There With Centre to Combat Covid-19: Know Here

Covid-19 Pandemic: Last year India had received loans worth $2.5 billion from the World Bank in three instalments to fight the pandemic. 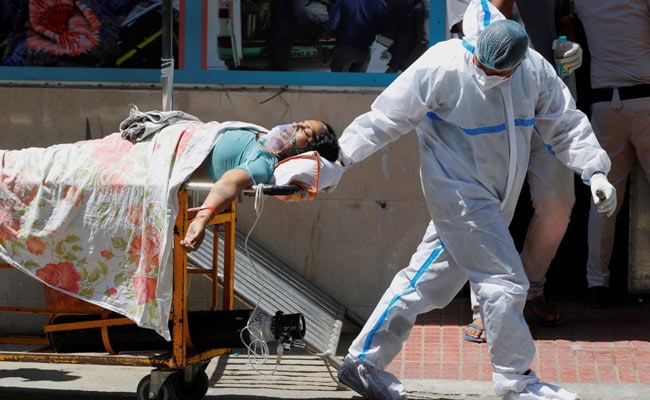 While the nation is combating the lethal second wave of the Corona pandemic amid spiralling requirement for oxygen as thousands have succumbed to the deadly virus during the fortnight, many owing to the precious gas' unavailability, the Centre has announced that it would help set up 551 dedicated oxygen plants by funding them through its PM CARES fund. This would augment oxygen's supply.

The Centre had set up the fund in March 2020 to deal with the situation arising out of the pandemic and as per the account statement which was put out by the fund in September last year, there were Rs 3,076 crore as on March 31, 2020 in terms of closing balance in it.

Incidentally, the Prime Minister's National Relief Fund is also there, but it is primarily used for tackling natural calamities, riots and meeting medical expenses for heart ailments, cancer treatment and burn injuries. As on December 2019, there were Rs 3,800 crore in the fund.

Now as the situation seems to be taking a turn for the worse, the health infrastructure of the country is facing its ultimate challenge, and the need for funds has become all the more acute.

Let's therefore see that what all are the financial options available with the Government of India apart from the PM CARES fund, to fall back upon in order to fight this medical emergency. Read on.

Last year India had received loans worth $2.5 billion from the World Bank in three instalments to fight the pandemic. These were provided under three classifications – health, social protection and economic stimulus.

Minister of State for Finance Anurag Thakur had informed the Rajya Sabha during the Monsoon session last year that the World Bank gave three loans for health ($1 billion), for social protection (0.75 billion) and for economic stimulus ($0.75 billion). These loans were disbursed to the Government of India between April and July 2020.

Amount Saved After Effecting Cuts In Salaries And Allowances Of Members of Parliament:

Thus a total of Rs 4,01,88,000 crore was deposited in Government's coffers after these cuts were affected.

Suspension Of MPLADs Fund Of All MPs For 2 Years:

With the clamping of the nation-wide lockdown on March 24, 2020 to restrict spread of Corona virus, the Government apart from cutting down on salaries and allowances of MPs, had also suspended the allotment of MPLADs funds for two years, i.e. 2020-21 and 2021-22.

The total consolidated amount for these two years translated to Rs 7,900 crore, which is in the Centre's coffers after the scheme's suspension.