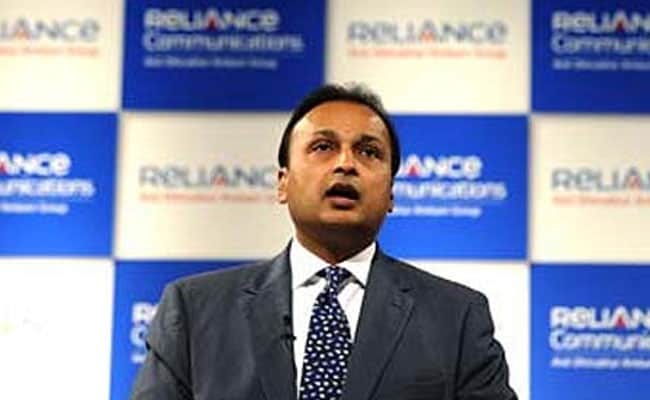 Mumbai: Reliance Communications' balance sheet troubles, which have wiped off more than a third of its value this month, have thrown into sharp relief the squeeze afflicting India's telecoms sector: fickle users, wafer-thin margins and crippling debt. Reliance Communications, known as RCom, has seen its shares and bonds tumble since it reported weaker results over the weekend - along with a shrunken user base and higher debt. It said on Monday it was in talks with banks to defer loan repayments due over the next four months.

RCom, owned by billionaire Anil Ambani, is a relatively small player in an industry dominated by the likes of Bharti Airtel and Vodafone, and its financial position is considerably worse than its rivals.

But almost all India's mobile operators posted a loss in the first quarter and the one exception, Bharti, recorded its smallest profit in four years.

Vodafone all but pulled out of the world's second biggest mobile market earlier this year, merging its Indian business with Idea Cellular.

"My sense is that the stock and the entire telecom area is a highly avoidable sector right now given the pricing pressure and competition from Reliance Jio," he said.

Despite the Indian stock market hitting record highs on a near-daily basis since late April, telecoms firms have been under pressure. RCom's shares have plunged more than 40 percent this month and are trading at an all-time low, while shares in larger rival Idea have fallen nearly 10 percent in that time.

During a call with investors, RCom called for lower spectrum and licence fees and more time to pay for airwave purchases from past auctions. Earlier this month, Bharti Airtel Chief Executive Gopal Vittal also suggested moves including lowering of airwave costs.

The Reserve Bank of India (RBI) has judged the problem serious enough that it asked commercial banks last month to review their loan exposure to the industry by end-June, and consider raising loan loss provisions in the sector.

The RBI said the sector's earnings had deteriorated to the point that it was untenable for telecoms players to even cover the interest costs tied to loans.

"The sector is under pressure due to competition," said one senior public sector banker. "No doubt even the RBI is concerned - that's why they've told banks to review exposure immediately."

Bharti Airtel has a net debt to earnings before interest, taxes, depreciation and amortization (EBITDA) of 3.05 times as of March 31 - suggesting its debt is three times its core profit. No. 3 ranked Idea, which is merging with Vodafone's local arm to form India's top mobile carrier, was at 4.87 times as of end-March. RCom's net debt to EBITBA ratio is more than 9 times.

Typically, analysts consider that ratios higher than 4 times can indicate a company could face trouble meeting its debt obligations.

Rating agency Fitch has a negative outlook on the sector, and said last week it expected further pressure.

It expects Jio, which has battered the market with highly subsidised prices and phones as it claims market share, to continue offering cheaper tariffs.

RCom itself puts overall borrowing in the sector at Rs 8 trillion ($124 billion), while overall EBITDA was Rs 530 billion ($8.2 billion) in the fiscal year ending in March 2016. This means that the average debt to EBITDA ratio is running at more than 6.6 times in the sector.

"Policy action and a financial package is critically needed to infuse operational viability in the sector," said the head of RCom's consumer business, Gurdeep Singh, on the investors' call.

The government has formed a panel to examine the matter. But it is not clear what the Indian government can do about the problem other than defer some spectrum payments owed and lower fees payable on gross revenues, said a senior official at one credit rating agency.

Promoted
Listen to the latest songs, only on JioSaavn.com
"If those things are lowered that will provide some relief, but whether that will be adequate one does not know, because the debt problem is too severe," he said.
© Thomson Reuters 2017