The purpose of the angel tax was ostensibly to weed out money launderers who could use undisclosed income to invest in start-ups. 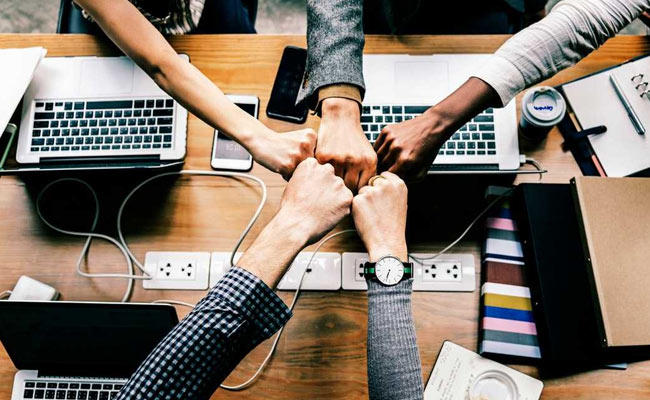 The country's tax laws have some of the biggest names in its tech start-ups worried. Rajan Anandan of Google, along with ten other signatories including NASSCOM, Tie Global and the Indian Angels Network, has written to the government about the terror of angel tax.

Angel tax is a provision in Section 56 (2)(vii b) of the Income Tax Act, which taxes angel investment in start-ups above their "fair market valuation", or when shares in a start-up are purchased at a premium or discount.

In a letter to Finance Minister Arun Jaitley, and Minister of Commerce and Industry Suresh Prabhu, the start-up ecosystem says this is leading many start-up ideas to flee the country for a more investor-friendly regime, and also putting them behind the fourth industrial revolution, which the government itself, ostensibly, wants India to spearhead.

Even after multiple notices from the Department of Industrial Policy and Promotion (DIPP) ordering "no coercive action" against taxpayers who have received notices or orders on angel tax, the letter states there are instances being reported even of bank accounts of several start-up founders getting frozen.

"The provision to tax angel investment was introduced in the Finance Act of 2012, a lot has changed since then... Compare the harm it is causing vis-a-vis potential benefits. Investors are jittery, they are being driven out of the markets, the start-ups are finding that satisfying the taxman on the investments they've raised is practically more difficult than raising funds itself," Ashish Agarwal, senior director-public policy at NASSCOM, told NDTV.

"The letters from CBDT (Central Board of Direct Taxation) to its field formations to go slow are not working. There is no outside solution than abolishing the angel tax," he added.

"The tax department and the government's Department of Industry and Policy Promotion do not seem to be working in sync at all," agrees R Chandrashekhar, former president of NASSCOM and former secretary to the Department of Information Technology.

When the tax department's assessing officers simply feel they are doing their job and chasing revenue deadlines before December 31 each year, because the law asks them to, the picture that emerges is that the government's no-coercion notices only appear to be a eyewash.

Tax uncertainty around raising funds hasn't only forced companies attracting foreign investment, like Flipkart, Razorpay and Practo, to shift headquarters out of the country, it's hurting the domestic start-up ecosystem the most.

"We get mails on a daily basis from start-ups that they've received a notice, we hear from investors that it is we who do the due diligence of the investee companies and we find when we invest, the due diligence is on us. This is a big dampener on the entire ecosystem," Mr Agrawal said.

An advisory firm to start-ups believes that start-ups continue to flee the country to set up shop in friendlier regimes like Delaware and Singapore because of the fear of dealing with tax officers who do not fully understand the start-up ecosystem.

"The start-up policy which was brought in 2016, the idea was to inspire entrepreneurs to start innovating. However the results have not been up to the mark and bureaucracy is playing a big role in it. With respect to angel tax, the tax department's assessing officers are not able to differentiate between a shell company and genuine start-ups... The challenge is they are not in sync with how start-ups operate. The government should bring in more clarity in the law so that the discretionary power of a tax officer is reduced," Alok Patnia, managing partner of Taxmantra Global, told NDTV.

A recent survey of over 15,000 start-ups conducted by LocalCircles, an online community of start-ups, found that 38 per cent of the start-ups received an income tax notice in 2018, 6 per cent received more than one notice, 24 per cent start-ups or small and medium-sized enterprises (SMEs) want to wind up business in the country in 2019, and 52 per cent of them see bureaucratic inefficiencies as a major challenge to growth in 2019.

"One of the key concerns that start-ups have, going into 2019, is corruption and bureaucratic inefficiencies, where issues like angel tax become major pain points, even ahead of funding. Start-ups want that the angel tax provision is removed altogether from the law books for all DIPP-recognised start-ups, which are about 15,000-16,000 in number. They are also willing to submit additional documentation to prove they are start-ups and not shell companies, but angel tax must go ahead of the 2019 interim budget," said Sachin Taparia, founder, LocalCircles.

The purpose of the angel tax was ostensibly to weed out money launderers who could use undisclosed income to invest in start-ups.

"There is no empirical evidence to show that there exists any systemic menace in this regard. If there is any investor who cannot explain the source of the investment, we suggest, by all means go after the investor, but presuming every investor paying premium or getting discount should not be deemed criminal and penalised," the start-ups' letter to the government appeals.

The start-up community now plans to make a case for striking down the angel tax law before the Prime Minister's Office ahead of the Budget, citing a lack of substantive progress from its to-and-fro with various government departments over the past several months.