The Reserve Bank of India (RBI) has projected 9.5 per cent of GDP growth for 2021-22 and kept March quarter growth at 6.1 per cent 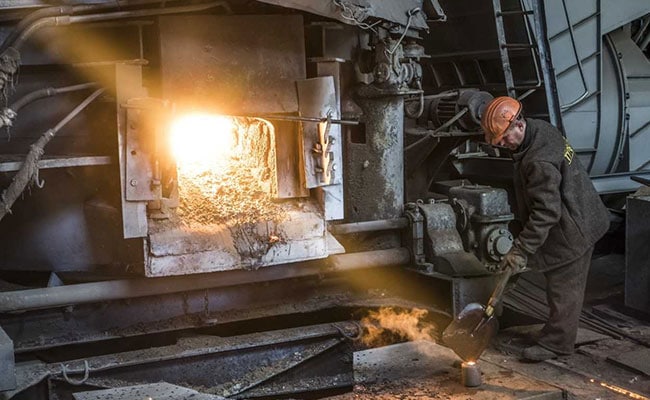 With inflation touching record highs, fuel prices soaring due to spike in global crude oil rates and Omicron's impact threatening to hurt economy, amid such a scenario Government would be releasing the GDP data today for 2021-22 as well as for the March quarter of that fiscal.

Economy is expected to grow at 8.9 per cent in 2021-22 according to the Ministry of Statistics and Programme Implementation (MoSPI), which releases GDP data. If the GDP data is anywhere near this mark, then it would be a huge growth compared to a contraction of 6.6 per cent seen in 2020-21 (See chart below). 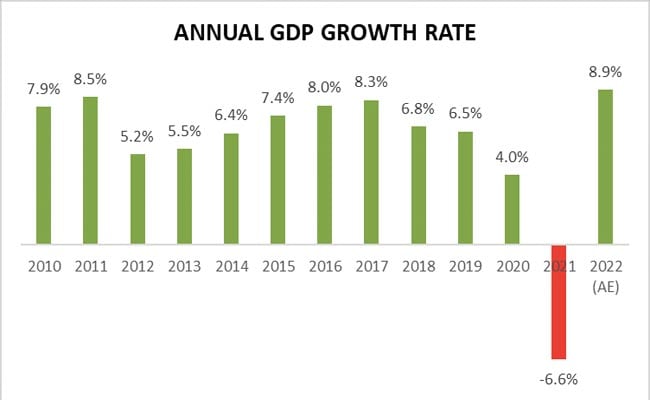 The International Monetary Fund (IMF) has predicted that India's growth would be 9 per cent during 2021-22 while Fitch has kept it at 8.4 per cent. 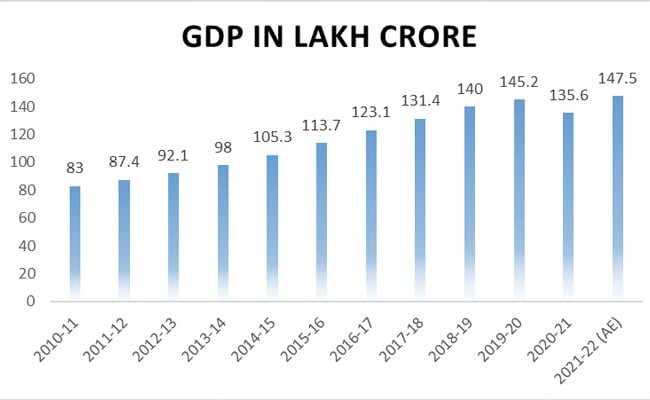 RBI's projection of 6.1 per cent growth during March quarter of 2021-22 - if it manages to be anywhere near it - would be an improvement over the 5.4 per cent GDP growth which was seen in the third or December quarter of the said fiscal.

According to a Reuters poll though, India's GDP apparently grew at 4 per cent in the January-March quarter of 2021-22 from a year earlier.

In the first quarter of 2021-22, economic growth had been a stupendous 20.1 per cent, which however was mainly due to the low base effect. 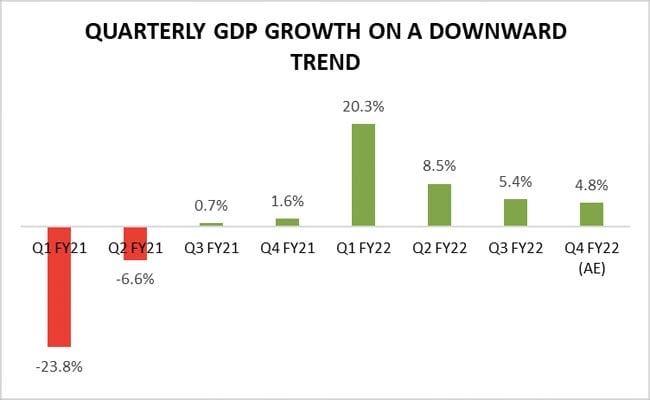 However, as can be seen, there has been a downward spiral in economic growth since the past three quarters of 2021-22 despite it being in positive territory (See chart above). And if the March quarter growth is lesser as predicted by the Reuters poll, then it would be a continuation of the slide.