Amazon's 12% extended-trade stock drop erased about $140 billion in its market capitalization, greater than the entire value of companies such as Morgan Stanley, Netflix and Lockheed Martin. 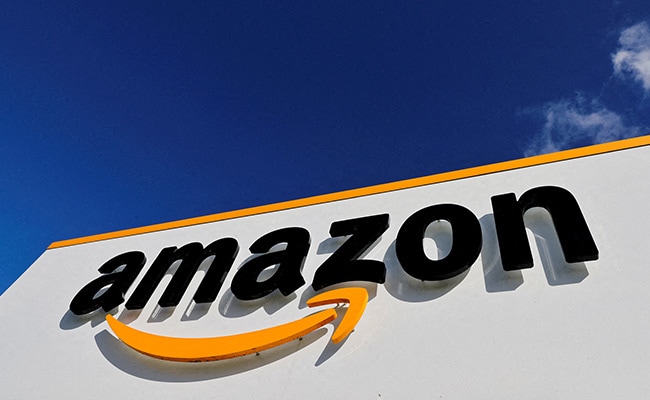 For months, the world's biggest online retailer has fought against troubling macroeconomic tides.

Amazon.com Inc on Thursday forecast a slowdown in sales growth for the holiday season, disappointing Wall Street and warning that inflation-wary consumers and businesses had less money to spend.

Amazon's 12% extended-trade stock drop erased about $140 billion in its market capitalization, greater than the entire value of companies such as Morgan Stanley, Netflix and Lockheed Martin.

For months, the world's biggest online retailer has fought against troubling macroeconomic tides. It hosted not one, but two cornerstone sales events in a year: Prime Day in July, and the Prime Early Access Sale this month.

For the summer event, it sold more items than ever before to its Prime loyalty shoppers, and, meanwhile, the company sought revenue from higher Prime subscription fees and a surcharge on some merchants.

Net sales were $127.1 billion in the third quarter that ended Sept. 30, still a little lower than the $127.5 billion analysts expected, according to IBES data from Refinitiv.

But the macro outlook has not brightened. In a call with reporters, Amazon Chief Financial Officer Brian Olsavsky said the company was bracing for slower economic growth.

"We are seeing signs all around that, again, people's budgets are tight, inflation is still high, energy costs are an additional layer on top of that caused by other issues," he said. "We are preparing for what could be a slower growth period, like most companies."

European consumers in particular have spent less than their American counterparts, pinched by the war in Ukraine and higher fuel costs, which likewise increased Amazon's expenses, he told reporters and analysts. The company's international-segment operation loss widened to $2.5 billion in the third quarter from $0.9 billion a year prior.

While Amazon would continue to fund earlier-stage businesses like its lucrative cloud-computing and advertising divisions, it would question costs elsewhere and proceed carefully on hiring, Olsavsky said.

Wedbush Securities analyst Michael Pachter said, "It's possible that retail sales will decline year-over-year. I don't actually believe that will happen, but the market definitely doesn't like it."

Amazon forecast net sales of between $140 billion and $148 billion, or growth as little as 2% from a year earlier. Analysts were expecting $155.2 billion.

Across the retail sector, U.S. online sales are expected to rise at their slowest pace in years this holiday season. Consumer goods company Unilever PLC likewise believes "sentiment in Europe is at an all-time low," its chief financial officer said earlier.

Results in the tech industry were just as poor this week for cloud-computing rivals Microsoft Corp and Alphabet Inc's Google, adding to recession fears. U.S. consumer confidence did a U-turn in October.

"Big tech companies are not impervious to slowdowns in the economy, particularly if they are consumer driven," said Rick Meckler, partner at Cherry Lane Investments in New Jersey.

Amazon's cloud sales growth has ticked down consistently in the past year. Net sales there grew 28% in the July-September period versus 39% a year earlier, when adjusted for changes in foreign exchange.

Paolo Pescatore, analyst at PP Foresight, said, "With so much unpredictability there is huge concern, which is impacting confidence among enterprises to invest. In turn, it is hitting the broader cloud sector and companies such as AWS and Azure."

Amazon has slowed warehouse openings and refrained from filling some open positions. It announced it would shut down its virtual healthcare service by year-end, and it is scaling back a long-touted effort to deliver goods via small autonomous sidewalk cars.

In a statement, Jassy said, "There is obviously a lot happening in the macroeconomic environment, and we'll balance our investments to be more streamlined without compromising our key long-term, strategic bets."