For more than a decade, Alibaba Group has been China's undisputed e-commerce king but of late its crown has shown signs of slipping, unsettled by an influx of aggressive competitors into the sector. 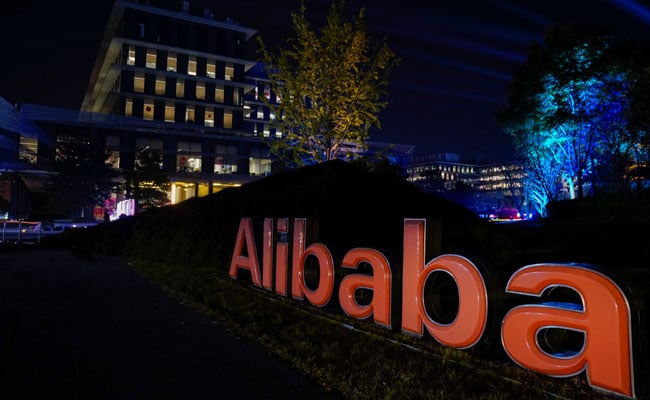 This week, Alibaba announced it was reorganising its e-commerce businesses into two units.

Beijing: For more than a decade, Alibaba Group has been China's undisputed e-commerce king but of late its crown has shown signs of slipping, unsettled by an influx of aggressive competitors into the sector.

This week, Alibaba announced it was reorganising its e-commerce businesses into two units, one for China and one for overseas.

In China, its two main marketplaces - Tmall for established brands and Taobao which welcomes all kinds of merchants - process over $1 trillion in orders annually.

But Alibaba is seeing sharply slower growth in customer management revenue (CMR), the money derived from charging merchants for services which usually accounts for one-third to one-half of its overall revenue. It rose just 3% in the July-September quarter, down from 20% growth a year earlier.

Those disappointing numbers are due in part to regulatory changes and pandemic-induced slower economic growth that has made shoppers reluctant to splurge.

But they also highlight the onslaught of competition and the fact that some rivals have stolen a march over Alibaba in the fastest-growing areas of China's e-commerce.

Merchants and analysts cite ByteDance's Douyin - the Chinese sister app to TikTok and a relative newcomer - as the force to beat in live-streaming e-commerce, while Nasdaq-listed Pinduoduo Inc has taken the lead in rural and budget e-commerce.

"Other platforms are growing faster than Alibaba, which means they are eating Alibaba's lunch," said Lu Zhenwang, CEO of Shanghai-based Wanqing Consultancy.

Alibaba said in a statement to Reuters it has always faced intense competition. It added it offers merchants a powerful live-streaming tool in Taobao Live and that its Taobao Deals platform for discount shopping and Taocaicai platform for community group buying were gaining share in lower-tier markets.

Douyin is targeting a jump in GMV to over 1 trillion yuan ($155 billion) this year, according to a company source with direct knowledge of the matter. The source was not authorised to speak to media and declined to be identified.

That's more than 6 times the 150 billion yuan it was on track to earn last year - a figure given by sources in November 2020.

The app, which boasts 600 million-plus daily active users, began allowing merchants to open stores on its platform in 2018. This year the company has made it easier for brands to open flagship stores.

Yatsen, the parent of Chinese cosmetics giant Perfect Diary, plans to invest more in its Douyin presence. By comparison, its sales on Tmall, which accounts for about 40% of its revenue, are contracting.

Merchants are attracted to the amount of time users spend on Douyin - 1,871 minutes on average in October compared to 350 minutes on Taobao, according to consulting firm Questmobile.

Moreover, while Alibaba's viewer traffic tends to converge on China's biggest live-streaming celebrities - Li Jiaqi, known as the Lipstick Brother, and Viya, a former singer - they are just two people. In contrast, Douyin can draw on a large pool of live streamers.

Zen Yan, a 42-year-old auditor living in Beijing, is an avid Douyin shopper.

"It's easy to spend one hour or more surfing on Douyin every day after work and there are a lot of influencers selling all kinds of things," she said.

At the other end of the e-commerce spectrum is Pinduoduo. It's popular among China's rural residents thanks to rock-bottom pricing and a group buying model that encourages users to share their purchases on messaging platforms to get cheaper prices.

Its GMV surged 66% to 1.67 trillion yuan in 2020. While more modest 20% GMV growth is expected in the fourth quarter, according to Goldman Sachs, that would still be much stronger than Alibaba's recent showings.

Rural e-commerce is more of a people business than regular e-commerce and Alibaba is years behind Pinduoduo in forming relationships with key local merchants and manufacturers, analysts say.

"For consumers who are already used to Pinduoduo to buy bargains, it's hard for them to switch to a new platform. The same goes for factories or local grocery vendors who are used to Pinduoduo," said Daphne Tuijn at Shanghai-based analytics company Chaoly.

Alibaba also can't engage in viral marketing as effectively as Pinduoduo, hampered by its lack of direct access to a messaging platform like Tencent Holdings' WeChat, she added.

Alibaba is revamping its e-commerce business - the newly unveiled reorganisation follows the launch of Taobao Deals last year and a rebranding of two community marketplaces into Taocaicai in September.

Even so, its challenges are plentiful and analysts doubt Alibaba can turn back the clock to when it was showing the fastest growth in Chinese e-commerce.

Douyin and Pinduoduo are only two of at least 10 established competitors. JD.com remains its closest rival while Meituan and Baidu Inc, giants in search and food delivery respectively, are expanding their e-commerce offerings. At the same time, smaller startups are targeting niche segments like shoes and makeup.

And while its impact has been hard to quantify, Alibaba has also been hurt by a regulatory crackdown that forced it to abandon a policy of requiring interested merchants to exclusively set up shop on its platforms.

"I don't believe Alibaba can reverse the situation ... it can only adopt a defensive strategy," said Wanqing Consultancy's Lu.