The government has asked airlines to share all international passengers' details, including contact and payment information, with customs authorities. 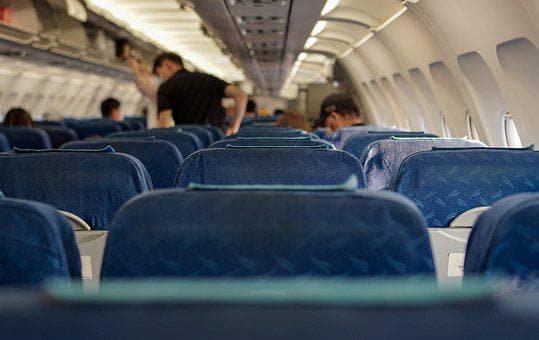 Airlines to share international passengers' details with customs prior to departure

The government has asked airlines to share all international passengers' details, including contact and payment information, with customs authorities 24 hours prior to the departure of flights.

The move is aimed at preventing law offenders from fleeing the country.

The Central Board of Indirect Taxes and Customs (CBIC), under the finance ministry, on August 8 notified the 'Passenger Name Record Information Regulations, 2022', which aims at "risk analysis" of passengers to prevent economic and other offenders from fleeing the country as well as check any illicit trade such as smuggling.

'The National Customs Targeting Centre-Passenger', set up by the CBIC, will process information for the prevention, detection, investigation and prosecution of offences under the Customs Act and also for the law enforcement agencies or government departments or any other country, it said.

The information to be shared by airline companies for both inbound and outbound international flights include the name of the passenger, billing/payment information (credit card number), date of issue of ticket as well as intended travel, and names of other travellers in the same PNR, travel itinerary for the PNR, contact details like email id, mobile number, details of travel agency, baggage information and code share information (when one airline sells seats on another air carrier's flight).

While the regulation did not state the reason for seeking such information, analysts said this was to prevent bank loan defaulters from fleeing the country to avoid prosecution.

According to information furnished by the government in Parliament, a total of 38 economic offenders, including Nirav Modi, Vijay Mallya, and Mehul Choksi, fled the country in the last five years. Industrialist and former MP Vijay Mallya left the country on March 2, 2016, the day a clutch of public sector banks moved the Debt Recovery Tribunal to recover Rs 9,000 crore unpaid dues to his now-defunct Kingfisher Airline.

Mehul Choksi, one of the prime accused in the alleged over Rs 13,000-crore PNB loan fraud case, too fled to Antigua and Barbuda just as ED and CBI zeroed in on him.

It further said that for each act of non-compliance to these regulations, the aircraft operators would have to pay a penalty of a minimum of Rs 25,000 and a maximum of Rs 50,000.

KPMG in India, Partner, Indirect Tax, Abhishek Jain said the objective of said regulations is to obtain relevant passenger data for risk analysis to proactively prevent, detect, investigate or prosecute offences under the Customs law or any other domestic or international law.

"The onus of timely collecting and sharing such information has been put on the airline operators. Further, while strict privacy guidelines have been stipulated under the said regulations, the government should ensure that the same are duly enforced to prevent unauthorised usage," Mr Jain added.