Airline Revenues Drop 86% In April-June Due To COVID-19: Aviation Minister 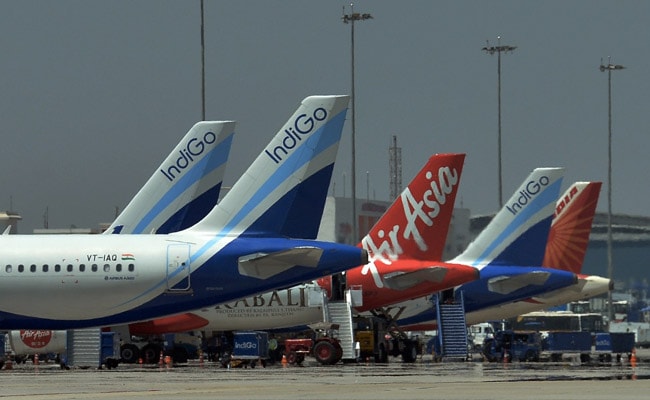 The revenue of Indian airlines fell by 85.7 per cent to Rs 3,651 crore during the first quarter of 2020-21 in comparison to the corresponding period a year ago due to COVID-19, said Civil Aviation Minister Hardeep Singh Puri on Wednesday.

Scheduled domestic flight services were suspended in India from March 25 to May 24 due to the coronavirus-triggered lockdown. They were resumed from May 25 but in a curtailed manner.

The employee count at ground handling agencies fell by 22.44 per cent to 29,254 in April-July period, Mr Puri said.

In his written reply, Mr Puri was giving information about the "impact of COVID-19 on the civil aviation sector".

Mr Puri stated the domestic air traffic in the country fell to 1.2 crore during March-July period as compared to 5.85 crore in the year-ago period.

International traffic dropped to 11.55 lakh in March-July period as compared to 93.45 lakh in the year-ago period, he added.