Over 200 Air India Employees Bid For 51% Stake In Airline

Air India has been on sale since 2017 when Prime Minister Narendra Modi's cabinet signed off on a plan to sell all or part of the debt-ridden carrier. 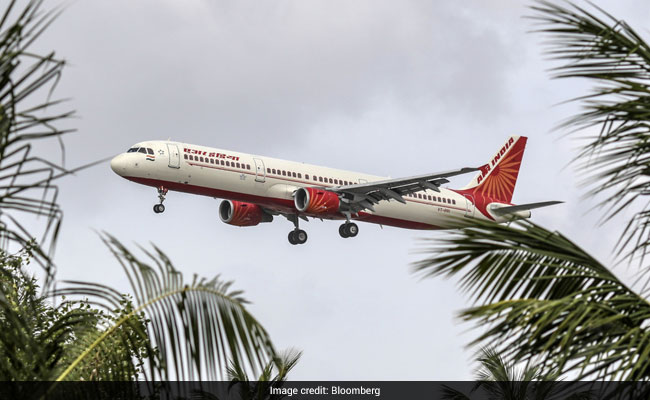 A group of 219 Air India Ltd. employees submitted a bid to purchase 51 per cent of the loss-making state-owned carrier.

The remaining 49 per cent will be held by a financial partner, according to Meenakshi Malik, who is Air India's commercial director. Each employee will have to contribute at least Rs 1 lakh ($1,360) toward the bid, she said.

Air India has been on sale since 2017 when Prime Minister Narendra Modi's cabinet signed off on a plan to sell all or part of the debt-ridden carrier. The government sweetened the deal earlier this year when it extended the bid deadline to December 14 from October 30, saying potential suitors will be allowed to decide how much of the flag carrier's debt they want to take on as part of the transaction. The rules before that required bidders to take over the carrier's $3.3 billion of aircraft debt, deterring buyers.

"We always believed Air India can be a profitable set up," said Malik. "The government has removed a huge part of the debt, so we thought who better than us? We know the airline inside out, we know where the problems are. We're not bidding to win or lose, we're doing it because we believe we can run the airline well."

Air India has been unprofitable since its 2007 merger with state-owned domestic operator Indian Airlines Ltd., and has relied on taxpayer money to keep flying, with the bailouts adding to the pressure on already strained government finances.

The airline, which began operations in 1932 as a mail carrier before winning commercial popularity, saw its fortunes fade with the emergence of cutthroat low-cost competition. The state-run carrier's entire debt totals more than $8 billion. The government didn't find a single bidder when it tried to sell the company before.

That said, the airline does have some lucrative assets, including prized slots at London's Heathrow airport, a fleet of more than 100 planes and thousands of trained pilots and crew.

Malik said a financial partner had already been found, without disclosing that entity's name. Employee participation has come from "the most junior employees to the most senior board members," she said, without elaborating.

A local media report Monday said that U.S.-based Interups Inc. plans to bid with the employees. Interups Chairman Laxmi Prasad confirmed the development, telling Moneycontrol that we "will be submitting a bid later today."

Tata Group has submitted an expression of interest for Air India. Its interest was submitted via AirAsia India, in which Tata Sons Pvt Ltd. has a significant majority stake. Singapore Airlines Ltd., with which Tata Sons operates full-service airline Vistara, won't be part of the bid in the initial stages, according to a report.