World stocks have lost over $20 trillion in value this year since January peaks, and the sharp slide echoes the hit early in 2020. 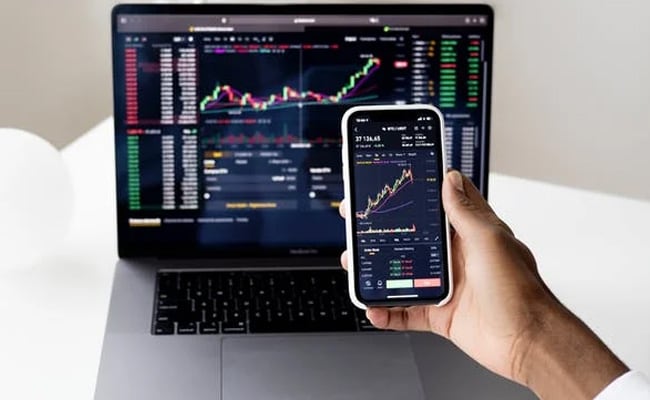 World stocks have lost over $20 trillion in value this year since January peaks, and the sharp slide echoes the hit to global financial markets early in 2020 on pandemic-driven recession worries.

To put the magnitude of that loss into context, the over $20 trillion wipe-outs in global equity markets this year since January highs are more than six times India's total gross domestic product (GDP) - of around $3.2 trillion.

That loss amounts to almost the size of the United States' total GDP of around $23 trillion and around a fifth of the World's GDP of nearly $100 trillion.

The GDP data referenced is based on the latest from the World Bank.

But the worst is not over yet for world equities, as the safe-haven stampede sentiment is again based on expectations for a global recession driven by major central banks' aggressive policy tightening stance in their fight against decades-high inflation.

Economists have raised the odds of a recession in the United States and Europe, citing aggressive interest rate hikes and the war in Ukraine.

That despite the colossal wealth wipe so far and a bruising first half of the year as most major financial markets are firmly entrenched in the bear market territory.

But a Reuters report showed that half-month price changes since 1930 figures show the first two weeks of July have historically offered the best returns of the year for S&P 500 investors.

After three consecutive quarters of declines for S&P 500 stocks, with the index declining by a fifth, or 20 per cent, since the beginning of the year, some investors said they are ready to buy the dip. The S&P 500 has edged up slightly so far this month.

"We see record shorting, a really big-equity rebalancing happening, probably... in Europe and the US. Naturally just rebalancing because we've had such a big drop in equities," he said.

But beyond the first fortnight of this month, the outlook does not bode well for stocks as market participants advise caution, anticipating a stormy few months ahead for risk assets amid rising interest rates and economic growth concerns.

Indeed, risk-off sentiment has resurfaced on recession fears, and the rising cost of living has kept consumers wary. In addition, a surge in energy prices and a slew of key economic indicators have reignited worries about the global economy's health.

The first six months of the year have been brutal for investors.

Goldman Sachs analysts said a 60/40 portfolio strategy, which follows a standard portfolio technique of keeping 60 per cent of its assets in equities and 40 per cent in fixed income, posted its worst first-half return since 1932, declining 17 per cent, and UBS suggested using the equity sell-off and volatility to build longer-term positions, according to Reuters.

"The problem is if we look beyond that (fortnight window), things do look tricky," Mr O'Connor told Reuters. His team will use any potential seasonal rise in July to sell into the rally.

UBS and Goldman Sachs recommended building up defences against a potential economic slump, which would weaken corporate profit expectations, according to Reuters.

In a separate report, investors and analysts warned that the upcoming corporate earnings season could prompt another sharp fall in global share prices, with profit forecasts looking far too upbeat given mounting recession risks.

The Reuters report showed valuations have fallen below historical averages, which might tempt bargain hunters. However, recent profit warnings from US firms have traders worried about a series of downgrades as spiralling energy and other input costs bite and consumers cut spending.

Emmanuel Cau, a strategist at Barclays, told Reuters that earnings were "taking over from valuations as the next market driver".

According to the British bank, equity markets may struggle to find a bottom until profit forecasts are reset lower. That's because high-profit expectations "optically deflate" company valuations to levels which can mislead investors.

"There have been very few downward revisions of corporate earnings; there's still too much optimism. That's why we expect another correction when earnings are published, and with this volatility, one really risks taking a beating," according to Francesco Cudrano, advisor at Simplify Partners, quoted by Reuters.

For India specifically, the outlook remains weak on foreign investors exodus as the country battles widening fiscal deficits on a plunging rupee and rising energy costs.

The rupee is just a hop, skip and jump away from 80 per dollar, underscoring a a dramatic collapse this year.

Indeed, that is something none expected, even in their wildest predictions at the start of 2022, when the Indian currency was trading around 74 against the greenback.

From changing hands at 77 per dollar for the first time ever in March, days after Russia invaded Ukraine, to 78 and then to 79 has been swift in foreign exchange markets' terms, with the 80 per greenback rate not too far away.