Gautam Adani's conglomerate is in advanced talks with the infrastructure-focused Jaiprakash Group to buy their cement business. 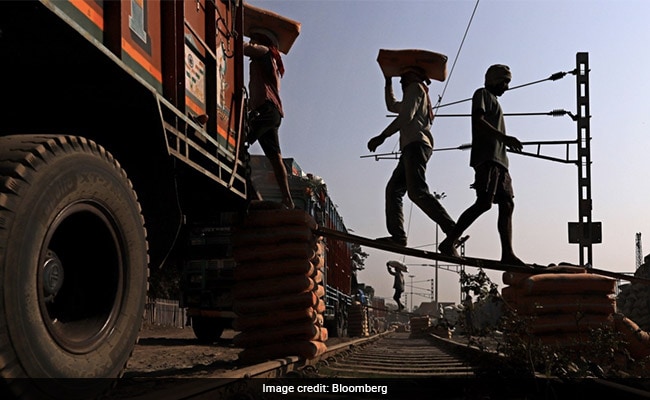 Billionaire Gautam Adani's conglomerate is in advanced talks with the infrastructure-focused Jaiprakash Group to buy their cement business for about 50 billion rupees ($606 million), people familiar with the matter said.

The deal includes a cement grinding unit and other smaller assets from Jaiprakash Power Ventures Ltd. and Jaiprakash Associates Ltd., two of the people said, asking not to be identified as the information is private.

The acquisition will be made by one of the cement units recently acquired by Asia's richest person, the people said, adding an announcement was expected as early as this week.

While discussions are advanced, they could still be delayed or fall apart, the people said. Indian news channel ET NOW reported the deal earlier without disclosing a value.

Should it go through, the acquisition will help consolidate the Adani Group's newfound dominance in the cement sector, after it bought Ambuja Cements Ltd. and ACC Ltd. in May from Switzerland's Holcim Ltd. to become India's second-largest cement maker virtually overnight with an installed production capacity of 67.5 million tons annually.

The cement grinding facility has a capacity of 2 million tons a year. It began operating in October, 2014, in Nigrie in the central Indian state of Madhya Pradesh.

Jaiprakash Associates, group's flagship, rose as much as 13 per cent during trading in Mumbai on Monday, before paring some of those gains. Jaiprakash Power Ventures advanced as much as 3.7 per cent before, data compiled by Bloomberg show.

The board of Jaiprakash Associates has decided to divest the company's “significant” cement business to help lower debt, according to stock exchange filing Monday.

Separately, Jaiprakash Power Ventures said its board is looking to sell the Nigrie cement grinding unit as well as other non-core assets, without naming any prospective buyers.

Adani Group said last month it's looking to expand its cement-making capacity to 140 million tons in five years and plans to inject 200 billion rupees in its newly acquired cement business.

--With assistance from Ashutosh Joshi.