What Is Aadhaar Virtual ID? It Can Soon Be Used In Place Of Aadhaar Number

By using a Virtual ID or VID, an Aadhaar card holder will not be required to share his or her Aadhaar card number at the time of authentication. 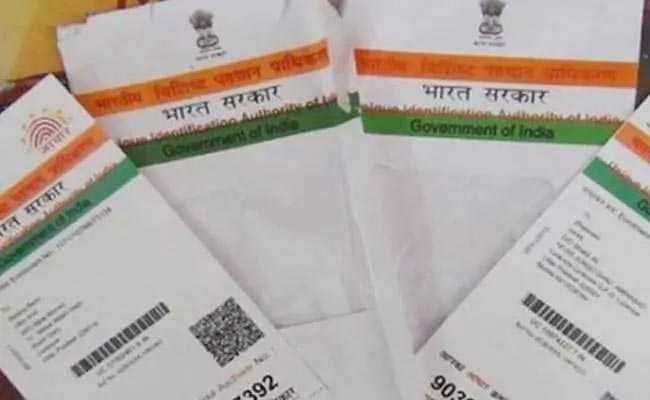 Aadhaar Virtual ID can be used in place of actual Aadhaar card number for various purposes.

UIDAI launches Virtual ID.
Generate your VID from: https://t.co/8Opr7VubjM
Soon, service providers will start accepting VID in place of Aadhaar number. For now, you can use this for online address update in your Aadhaar from: https://t.co/JwJO4mFXwopic.twitter.com/CKeWozKQ1e

Here are five things to know about Aadhaar virtual ID or VID:

1. Virtual ID is a 16-digit random number, which together with biometrics of the user gives limited details such as name, address and photograph - enough for any verification.

2. A virtual ID or VID can be used in place of Aadhaar card number for various purposes, including mobile SIM verification.

3. Currently, Aadhaar card holders can use the virtual ID to request an update in their address fed into the Aadhaar database, according to the UIDAI. (How to change Aadhaar address)

5. The UIDAI had in January this year introduced the concept of Virtual ID (VID) to safeguard Aadhaar cardholders' data amid privacy concerns around the programme.

How to create virtual ID or VID through UIDAI.gov.in portal

The UIDAI provides several online facilities for Aadhaar holders. One of these online tools enables Aadhaar card holders to generate a 16-digit Virtual ID (VID) by entering their UID.

This tool can be accessed by clicking on the 'Virtual ID (VID) Generator' link on the homepage of the UIDAI portal.

The facility enables a user to verify his or her identity through an OTP- or One-Time Passcode-based process, according to the UIDAI website.

From Bonds, Derivatives To Jewellery, How To Invest Your Money In Gold