The Unique Identification Authority of India (UIDAI) has issued directives for generating OTP either through the service provider's website or through the Interactive Voice Response (IVR) services to facilitate the Aadhaar linking with mobile number. 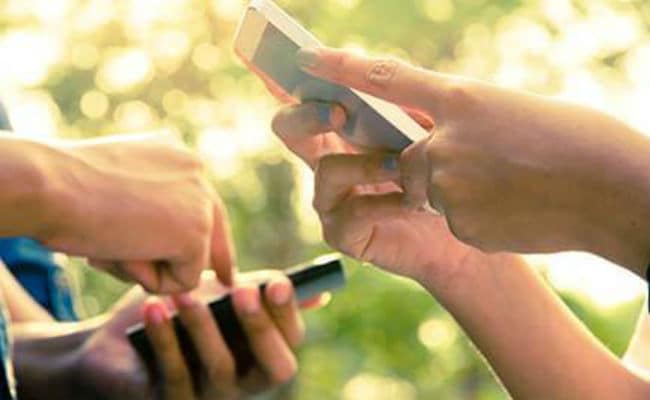 Have you linked your Aadhaar number with mobile SIM? Now, many telecom operators are offering a toll-free service - 14546 - for re-verification of your Aadhaar number on your mobile phone through an IVRS or Interactive Voice Response System. Mobile phone users can dial 14546 to link their Aadhaar number with the mobile number through IVRS-based OTP (One-Time PIN) verification. The UIDAI or Unique Identification Authority of India - the issuer of the 12-digit Aadhaar number - has issued directives for generating OTP either through the service provider's website or through the Interactive Voice Response (IVR) services to facilitate the Aadhaar linking with mobile phone number, the government has said on microblogging site Twitter.

#DigitalIdentity service made easy | @UIDAI (Aadhaar) has issued directives for generating OTP either through the service provider's website or through the Interactive Voice Response (IVR) services to facilitate the linking, also known as re-verification. pic.twitter.com/RWuovxnOt3

The Department of Telecommunications (DoT) had in a communication dated November 30, 2017 directed access service providers to allocate short code 14546 for the IVRS-based OTP authentication process for Aadhaar re-verification of mobile subscribers. March 31, 2018 is the deadline set by the Supreme Court for linking of Aadhaar with the mobile phone number.

The IVRS method of linking Aadhaar card number with mobile SIM is among the three options announced by the government in October last year.

The new IVR-based Aadhaar system will mobile phone subscribers link their SIM from sitting in their home. Earlier, they had to visit the store to get the linking done.

We want to inform you that, you can link your idea number with aadhar card through IVR by dialing 14546 which is applicable for individual customer and aadhar card should be same circle.

Here's how the IVRS-based Aadhaar authentication through helpline 14546 works:

Once you call the toll-free helpline 14546, the IVR system asks you whether you are an Indian citizen or an NRI. The caller is to provide response 1 in case of Indian citizen.

The caller is then asked to enter his or her 12-digit Aadhaar number.

The IVRS then repeats the number entered and asks the caller to confirm by pressing response 1.

After this step, an OTP or One-Time PIN is sent to the registered mobile number.

The IVR system asks the caller to give consent to the telecom operator to pick his or her name, photo and date of birth from the UIDAI database.

The caller is asked to enter the OTP in the next step.

The caller is asked to press 1 to complete the Aadhaar-mobile number re-verification process.

NRIs/OCIs are not eligible to enrol for Aadhaar and hence fully exempted from any Aadhaar verification of bank accounts/mobile SIM or other services, the UIDAI has said.

Other latest developments on Aadhaar linking

Aadhaar holders are no longer required to furnish their Unique Identity Number for authentication purposes. The UIDAI has introduced the concept of a 'Virtual ID' (VID) to safeguard Aadhaar cardholders' data. Aadhaar card holders can generate the 'Virtual ID' from the UIDAI's website and provide it for various purposes, including mobile SIM verification, instead of sharing their actual 12-digit biometric ID, known as UID. (Read more)

Aadhaar is to be mandatorily linked with a host of essential services by March 31, 2018, a deadline set by the Supreme Court. The Aadhaar card, which is based on the biometric and demographic data, of Indian citizens, has to be linked with bank accounts, permanent account numbers (PAN), financial services such as public provident fund (PPF), national savings certificates (NSC), Kisan Vikas Patra, mobile phone numbers (SIMs) and insurance policies, among others. (Read more)

The government in December 2017 extended to March 31, 2018 the deadline to link PAN (Permanent Account Number) card - issued by the Income Tax Department - with Aadhaar. Previously, a deadline of December 31, 2017 was set for linking of Aadhaar with PAN. The Central Board of Direct Taxes (CBDT) said the move was to facilitate the process of Aadhaar linking. "It has come to notice that some of the taxpayers have not yet completed the linking of PAN with Aadhaar," the CBDT, the apex policy-making body of the Income Tax Department, had noted. (Read more)

Promoted
Listen to the latest songs, only on JioSaavn.com
The Employees' Provident Fund Organisation (EPFO), which manages the money in your EPF account, has launched online facility that enables subscribers to link their UAN with Aadhaar from the comfort of their home. (Read more)

EPF or employee provident fund should only be withdrawn at the time of retirement, say financial planners. To encourage subscribers to transfer their money to a new EPF account rather than withdraw the sum, EPFO (Employees' Provident Fund Organisation) has taken many initiatives. EPFO's "One Member - One EPF Account" facility can be availed by subscribers after logging into the EPFO's member-interface website and accessing the "Online Services" tab.  (Read more)