A Mixer With Your Crypto Cocktail? DeFi Dream Is Shaken, And Stirred

USTreasury has sanctioned one of the industry's biggest "mixers", tools that pool and scramble crypto from thousands of addresses to boost anonymity, saying it was used by hackers to launder their gains. 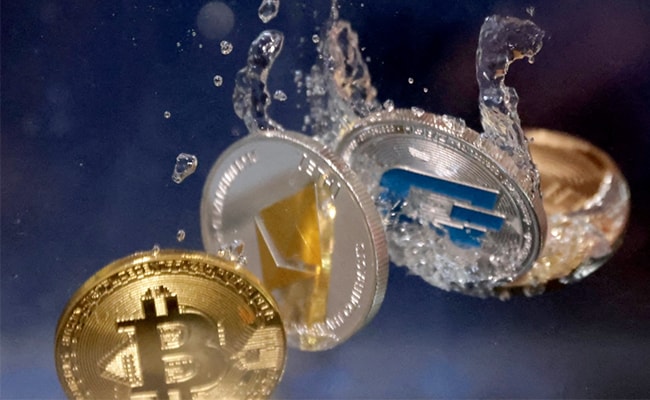 The grand crypto project has declined in 2022.

The DeFi dream is shaken. And stirred.

The grand crypto project has declined in 2022: total user funds deposited in decentralized finance has shrunk to about $61 billion from over $170 billion at the start of the year, according to figures from data aggregator Defi Llama.

In a fresh jolt, the US Treasury has sanctioned one of the industry's biggest "mixers", tools that pool and scramble crypto from thousands of addresses to boost anonymity, saying it was used by hackers to launder their gains.

The US intervention this month has forced many DeFi projects to block cash from wallets linked to the Ethereum-based mixer, Tornado Cash, representing a blow to those devotees who dream of a brave new world free of central authority.

"The motion has set back DeFi in its ability to be decentralized and operate in a censorship resistant way," said Katie Talati, director of research at digital asset manager Arca.

Indeed, the market impact could be significant, given the growing role of mixers, whose proponents argue they serve a legitimate use in creating privacy and say specific users should be targeted by authorities rather than an entire code.

The average usage of such services over a 30-day period hit an all-time high of $51.8 million in late April, roughly double the level a year before, according to a Chainalysis study in July, before declining with the broader crypto market.

"This makes sense given that the timing coincides with DeFi's increasing prominence within the overall cryptocurrency ecosystem," Chainalysis researchers wrote.

Tornado Cash didn't respond to a request for comment on the sanctions.

Aave and Uniswap, two of the most popular DeFi platforms that blocked wallets linked to Tornado, have seen user funds, or total value locked (TVL), drop since the sanctions were imposed - $6.4 billion from over $6.9 billion for Aave, and $5.7 billon from $6.5 billion for Uniswap, according to Defi Llama.

This may not be all due to Tornado, as most cryptocurrencies have suffered heavy losses in the past week and the DeFi sector has seen little change in activity - for example, Uniswap says its weekly trading volumes have remained fairly steady at around $8 billion.

"TVL has decreased, but at the same time the price of tokens has decreased," said Max Krupyshev, CEO of payments provider CoinsPaid. "People didn't pull money out so much as the value of their investments went down."

Aave and Uniswap also didn't respond to requests for comment on mixers.

While DeFi players may face tough decisions on whether to pull back from mixers, some watchers spy a potential upside for the market should the U.S. measures encourage traditional institutional investors to join the fray.

"Larger institutions may see the sanctions as a step towards legitimacy, potentially giving them more comfort in engaging with or investing in Ethereum and other digital assets," analysts at digital asset manager Grayscale wrote.

In the immediate future, though, little is certain.

"Illicit" addresses identified by data firm Chainalysis accounted for 23% of funds sent to mixers in 2022, rising from 12% in 2021. As for Tornado Cash specifically, analytics firm Elliptic reported that at least $1.54 billion in criminal proceeds were laundered through the platform.

Arca's Talati thinks we haven't seen the end of crackdowns on mixers.

"Tornado Cash is one of the ones that's been around the longest," she said. "This isn't the last thing we're going to see."