A Journey From Learning To Delivering! Meet The Women Who Built A Farming Life On Their Terms!

Agriculture in India is more than what meets the eye, it is as diverse as the cultures, vibrant as the colours, and spirited as the religious beliefs. 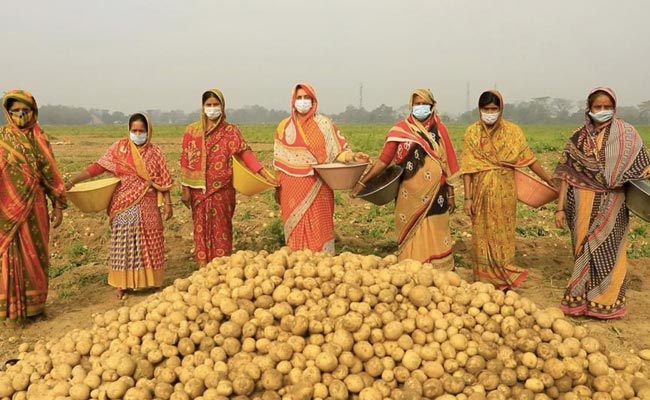 PepsiCo, in partnership with the USAID, has been working on several initiatives.

Agriculture in India is more than what meets the eye – it is as diverse as the cultures, as vibrant as the colours, and as spirited as the religious beliefs. It is one of the most critical industries in the Indian economy, suggesting it is also a huge employer. The farm sector sustains over half the country's 1.3 billion people and accounts for about 18 percent of the $2.7 trillion economy. Indian farming is ever-changing. Whether it is technology or the practices using modern techniques have all evolved.

What has probably caught everyone's attention is the emergence of feminism in its true sense. There has been an increase in women taking on more essential roles in the agriculture sector over the past few years. That has captured the changing landscape of women in the country's agricultural sector - with more now taking on the role of cultivators, labourers, and entrepreneurs.

While gender pay discrimination is widely prevalent, that has not deterred women in the field, literally. Pepsico helps women play an essential part in food production, which will not only give us a fighting chance against food insecurity but give them a chance at leadership, developing connections, and creating a long-lasting community.

With equal access to resources such as learning, women farmers will also preserve local agro-biodiversity practices and popularise sustainable farming.

All that women need is a little bit of guidance, and that is where PepsiCo has stepped up. PepsiCo's mission is equal access to resources such as learning and giving women an equal platform.

PepsiCo helps women play an essential part in increasing food production, which will not only give us a fighting chance against food insecurity but give them a chance at leadership, developing connections, and creating a long-lasting community.

PepsiCo, in partnership with the U.S. Agency for International Development (USAID), has been working on several initiatives, including making the lives of farmers, both men and women, better, with increased knowledge of modern practices, the use of technology, changing harmful gender norms and stereotypes along with opportunities to undertake sustainable farming practices.

One of the initiatives is the "Women Farmer Economic Empowerment program".  This has made women build their life on their own terms.

Here is a look at inspiring women farmers and farming activists who are paving the way towards equal growth.

Sujata Paramanik, who lives in Chandra, Bankura district in West Bengal, started working as a Community Agronomist in Barasat, under the PepsiCo and USAID initiative - the ILRG Project, in 2020-21. She had never received any formal training in farming but used to work on her family farm with age-old traditional knowledge.

Sujata was an active participant in the PepsiCo Package of Practices (POP) training from 2019-20. POP is a potato-specific set of best practices for potato cultivation that PepsiCo provides free of charge to farmers that are working in partnership with the company. During the module on pests and diseases of potato and their prevention, she learned about integrated pest management (IPM) for the prevention of aphids, which can be primarily controlled to some extent by sticky traps, without using any chemicals.

She decided to test this concept in one of her small potato plots. Interestingly. this method cost her one-fourth of chemical interventions. Eventually, Sujata decided to use the IPM approach in all her potato fields. She said that this method is simple, easy, cheap, and environment-friendly compared to insecticide. She has also come forward to take part in another sustainable initiative to stop stubble burning and use them for improving soil fertility by preparing Bio-Char.

Farmers in the neighbourhood have also approached her to understand the method and showed interest to apply it in their field in the coming years. She decided to discuss this with other farmers to monitor or control aphids without using chemicals and contribute towards environmental sustainability.

The PepsiCo and USAID project has given her confidence and recognition.

Anita Singh, who hails from Hijaldiha of Kotulpur, Bankura district in West Bengal, engages in farming activities. She attended the agronomy training on potato farming offered by PepsiCo and USAID in 2020-21. That was her first training in agricultural practices. Her family encouraged her to be part of this training program. 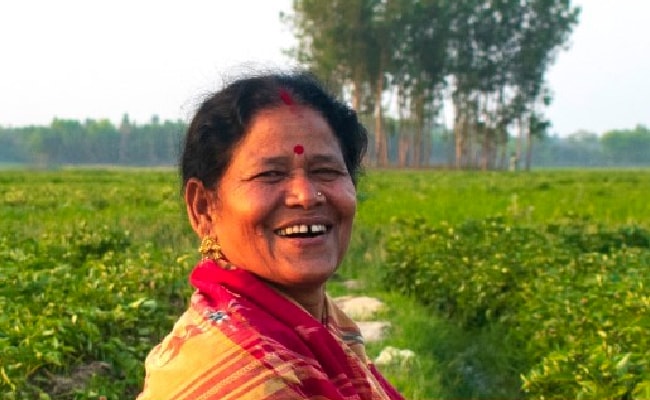 In the process, she learned the package of practices for PepsiCo potato farming, especially seed cutting and seed treatment, agrochemical use, waste disposal, and record keeping. She also got acquainted with scientific practices and figured out the reasons for adopting these practices for increasing productivity. The training helped her to recognize herself as a farmer.

After these training programs, Anita changed some of the older practices, such as not mixing rotten seeds with good quality potato seeds, cleaning the seed cutter properly after cutting the rotten seeds, using PPE while spraying, and handling agrochemicals, and keeping records of all farming practices.

After following these practices, she felt that her production increased significantly compared to earlier years. She wants to continue applying her knowledge in upcoming years, especially the use of organic manure, treating potato seeds with fungicide, and cutting seeds properly. She wants to learn more about potato pests and diseases and their treatment.

"I'm not only a potato farmer now, but also a trainer, and a motivator. I can now efficiently manage both my household work and agricultural work. The training from PepsiCo- USAID was my first formal training on farming and I have learned about sustainable farming practices and the role of women in farming; I understand gender dynamics and how they deter women's empowerment in my community."

"The PepsiCo- USAID training programs have helped me change some of the older practices. And most importantly, I understand the importance of women in farming practices and prefer to introduce myself as a farmer, instead of being referred to as the 'wife of a farmer'.

Five Simple Tips To Improve Your Eligibility For A Personal Loan