A closer look at the fourth generation Honda City 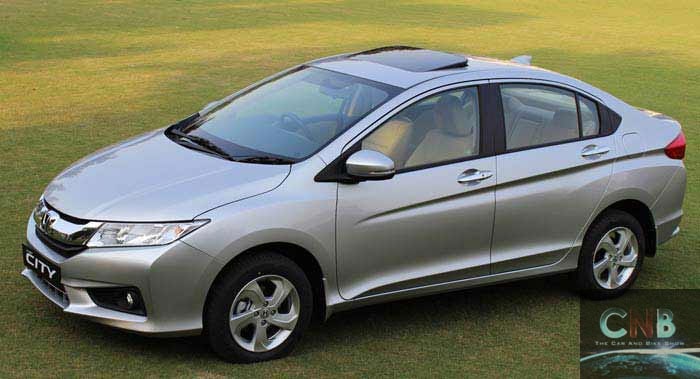 The Honda City has for long been one of the most desirable, aspirational and popular cars in the Indian market. Since the first generation launched in 1998, Honda has sold 4.3 lakh units of this model in the country.

Over the years though, it has lost its segment leader status as its monopoly was shaken by the likes of the current generation Hyundai Verna, the Skoda Rapid, and the Volkswagen Vento. So it was high time Honda fired a fresh salvo, especially one which included a diesel variant. (Exclusive pics)

The company chose India for the first time to debut a brand new car, and so the global reveal of the fourth generation Honda City was held in New Delhi - unlike the past where Thailand always got to see cars like the City, Brio, Amaze and Jazz well before us. The reason was simple - Honda is even more focused on India now than before, and it wants to regain lost ground by not only reclaiming the segment top spot, but also establishing the segment benchmark once again.

When it came to petrol compact sedans, there was no better alternative to the City. Sure the Vento and the Rapid are well built, the Fiesta has a dual-clutch auto gearbox option, and the Verna is feature-rich, but the City carries with it a premium tag thanks to the high-end appeal Honda enjoys amongst Indian buyers. The third generation City was hailed as a formidable car when it drove in exactly 5 years ago. It went on to win the NDTV 'Car of the Year' award too within a few months of its launch. But soon the market shifted to diesel and the rest as they say is history.

So let's tell you about the new fourth generation. The car will have both 1.5-litre diesel and petrol options. The diesel engine is the same block as that in the Amaze, but will be tuned for higher power I expect. The first thing I want to clarify - the engine noise does not infiltrate the cabin as much as it does in the Amaze, making this a far quieter ride. But the distinct clatter of the 1.5-litre i-DTEC is audible. I cannot wait to drive the car to really test its performance parameters. That is also true for the updated i-VTEC petrol option too.

The new City is well proportioned, but will come in for some stick on its looks. The car does seem like a face-lifted version of the third generation, rather than a significant design shift - as past generation changes have displayed. But having said that, in the flesh it appears to be larger than the outgoing model. 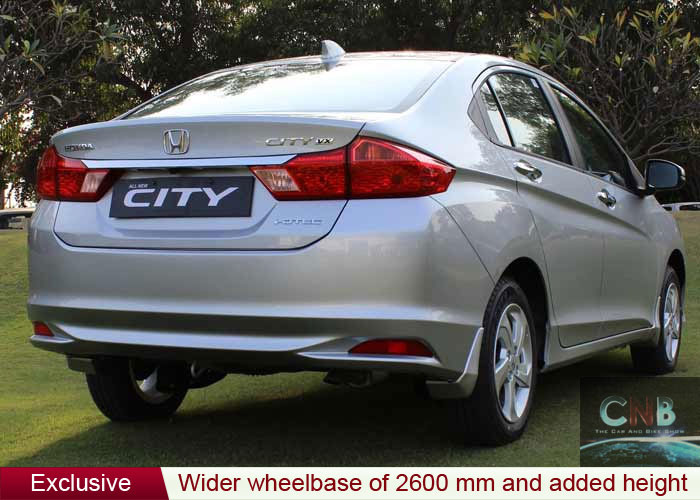 The typical Honda grille is emphasized with a generous chrome treatment, and the headlights are more rakish and sharp, with a more sculptured hood. The car looks more like the FCX Clarity concept than the last generation did. The design language is what Honda calls Cross-motion form of it new 'Exciting H Design'. The attempt is to make the car seem almost like it belongs a segment above - by throwing in features like a shark fin radio antenna, and larger head and taillights. 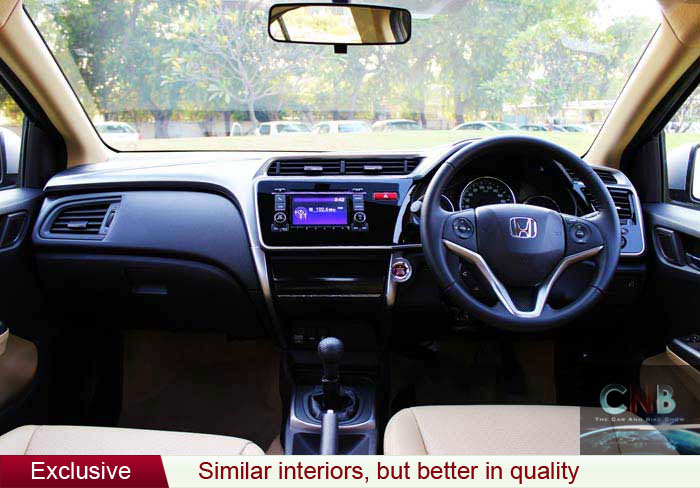 Inside the cabin the quality of plastics and materials seem a notch above the older car. But the overall colour palette does seem similar. Rear legroom is generous, and you also get rear charging points and AC vents. The seats are better contoured now too. Up front there is a new music system, with a large touch-screen interface, and yes the CD player is back now! There is Bluetooth telephone connectivity and USB/Bluetooth music options too. But the real USP will be the rather sleek touch panel controls for the automatic climate control system. 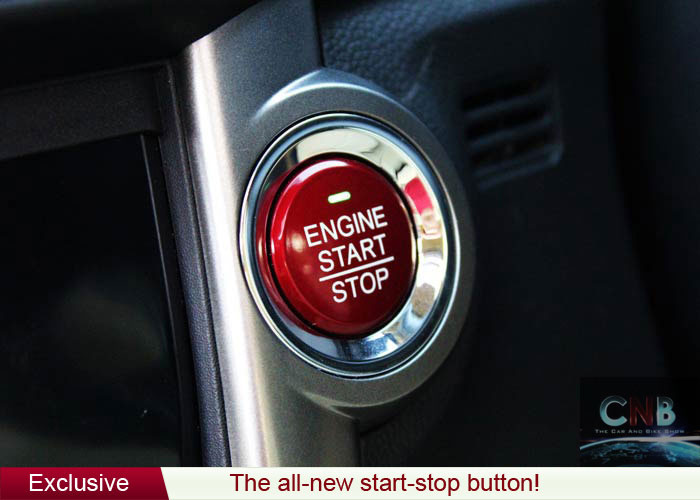 There is a sunroof and an all new start-stop button too, and some of these features will likely be restricted to the top variants only. The instrument cluster is also more high-end looking, with blue accents and chrome highlights.

Details on how many variants the car will have and the prices for those variants will only be announced in January, which is when the company will also open bookings. I will get a chance to drive the petrol and diesel cars in a few days, which is when I will be able to provide a more comprehensive verdict on the new City. But the first impression tells me that competition will be heading to their drawing boards soon!