Six Things You Must Know About the New GST Rates

It was decided in the GST Council meet on Friday that all restaurants will now be levied GST at 5%, without input tax credit benefits. 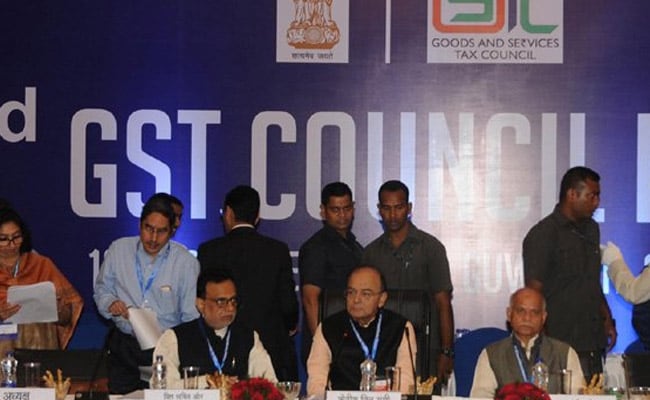 Tax rates on over 200 items, including beauty products, chewing gums, chocolates, coffee, and custard powder, among others, were slashed from 28 per cent to 18 per cent, Finance Minister Arun Jaitley said after the 23rd GST Council meeting in Guwahati. The council also made changes to the composition scheme. The GST Council also decided that taxpayers with an annual aggregate turnover up to Rs. 1.5 crore need to file return using form GSTR-1 on a quarterly basis, while taxpayers with a turnover of above Rs 1.5 crore need to file it on monthly basis.

Six things you must know about the new GST rates

1) The GST Council pruned the list of items in the top 28 per cent Goods and Services Tax (GST) slab to just 50 from current 228. So, only luxury and sins goods are now in the highest tax bracket and items of daily use are shifted to 18 per cent. Mr Jaitley said that the Council over the months has been pruning items in the 28 per cent list.

2) Eating out becomes cheaper: All restaurants will be levied the GST at 5 per cent, without input tax credit (ITC) benefits. However five-star restaurants within starred-hotels with room rent above Rs 7,500 will attract 18 per cent and can still avail ITC benefits, the council said. Outdoor catering will attract 18 per cent GST with input tax credit benefits.

3) The top tax rate of 28 per cent will now be levied on goods like pan masala, aerated water and beverages, cigars and cigarettes, tobacco products, cement, paints, perfumes, ACs, dish washing machine, washing machine, refrigerators, vacuum cleaners, cars and two-wheelers, aircraft and yachts. "These revisions in rates are expected to reduce prices and increase consumption and thereby bring growth for the consumer products and retail industry," EY India said in a statement.

Experts and industry welcome the reduction in tax rates

Industry has welcomed the outcome of 23rd GST Council. Shyam Bhartia, Chairman and Hari Bhartia, Co-chairman Jubilant Foodworks said in a statement, "We welcome the move by the Government of India to reduce GST on AC restaurants from 18% to 5%. This is a very progressive step which will make eating out and ordering food at home much more affordable for consumers and will lead to a significant growth in the organized restaurant segment." "These revisions in rates are expected to reduce prices and increase consumption and thereby bring growth for the consumer products and retail industry," EY India said in a statement.

"Reduction of rate from 28 per cent to 18 per cent on 178 items is a step in the right direction and is indicative of a policy shift from principle of 'equivalence' to what is right for GST structure and consumers. It would be good if the 28 per cent slab is further pruned in next few months which will lead to fewer tax slabs in next couple of years. Due to anti profiteering provisions and market dynamics, this should lead to reduction in prices for the consumers, Pratik Jain, Leader-indirect Tax of PwC said.

Angel Research believes that the rate cut should have anti-inflammatory impact. "This massive pruning of GST rates should have an anti-inflationary impact on the economy and should compensate for the inflation impact of higher oil prices," said Mayuresh Joshi, fund manager from Angel Research.

The cut in tax will cost Rs 20,000 crore in revenues annually.

In a bid to ease compliance burden for traders and businesses, fine for late filing of returns be cut to Rs 20 per day from Rs 200 for nil liability tax filers, Revenue Secretary Hasmuksh Adhia said.

A large number of taxpayers were unable to file their return in FORM GSTR-3B within due date for the months of July, August and September, 2017.Late fee was waived in all such cases, the council said.

The GST Council extended the due dates for furnishing certain forms.