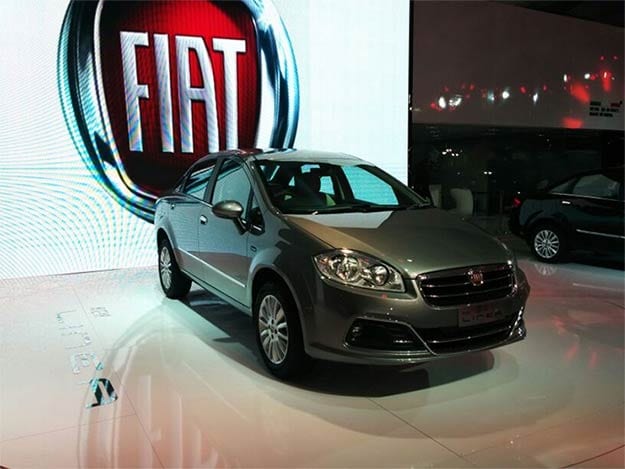 Fiat India has unveiled the new Linea saloon facelift on the inaugural day of the Delhi Auto Expo. The 2014 Linea facelift is already on sale in some international markets. With the redesigned front grille, new fog lamp clusters and new bumper give it a more matured and premium look than the existing model.

The rear also gets some vital alterations including the new bumper with an additional chrome strip and licensing plate now on bootlid, instead of the lower bumper. As far as the side profile is concerned, it remains unchanged. More than the exterior updates, it's the interior that has received major changes.

The 2014 Fiat Linea facelift shares the engines with its predecessor, and comes powered with a 1.2-litre T-Jet petrol unit and a 1.3-litre Advanced Mulit-Jet engine. The petrol powertrain produces a peak power output of 112.4bhp with 207Nm of torque while, the diesel motor is competent to churn out a maximum power of 91bhp with 209Nm of torque. A five-speed manual transmission is only offered/ available option.