In all, total NPAs including public and private sector banks were Rs 697,409 crore by December 2016. 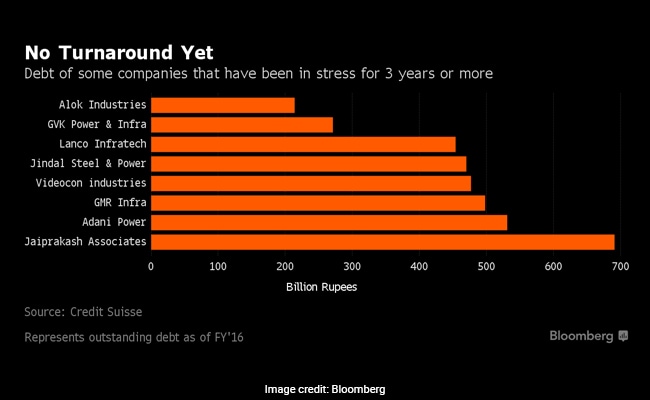 On 12 June, the Reserve Bank of India (RBI) identified 500 of the largest loan defaulters of the country. Of which, 12 accounts - each with exposure of greater than Rs 5,000 crore - were rounded up as a matter of priority. These 12 accounts are said to account for 25 per cent or a fourth of the banking sector's bad loans (worth a massive Rs 7 lakh crore). In a bid to speedily resolve the issue, the government last month gave the central bank power to direct lenders to initiate bankruptcy proceedings against those with loan defaults. The process - being carried out under the Insolvency and Bankruptcy Code (IBC) enacted in 2016 - is expected to break the deadlock between the creditors and loan defaulters.

As the government and RBI focus their energies on resolving the NPA issue, here is how the public sector banks could proceed against the loan defaulters in the coming days: