10 reasons why the rupee is sinking every day 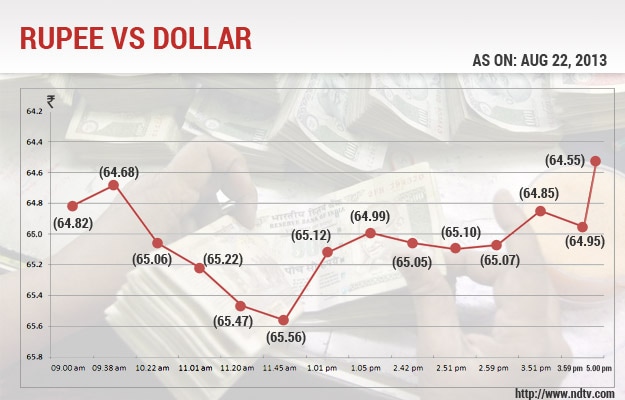 The rupee fell past 65 to the dollar to a record low on Thursday, plunging as much as 2.2 per cent to hit 65.56, and ended in the red for the sixth straight session. The rupee has fallen by 4.77 per cent in the last five trading sessions. Here are 10 main reasons that experts say are responsible for the Indian rupee -- which has depreciated as much as 16 per cent this year -- to touch new lows each passing day: