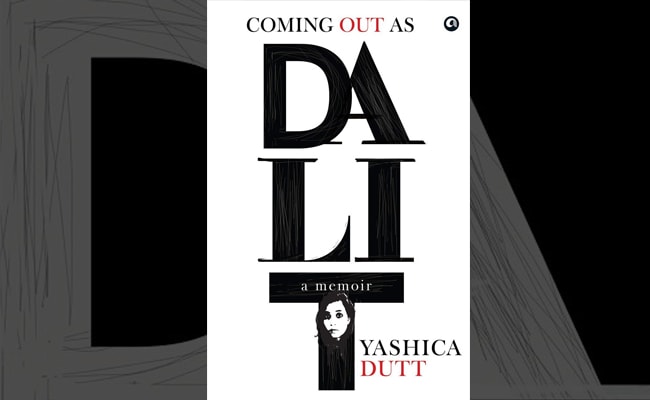 Cover of Yashica Dutt's book Coming Out As Dalit

Ajmer in the nineties was a small town, but it had all the essential conveniences. With a few factories, a robust rail network and several educational institutions, the city provided the framework needed for those who lived there to eke out a comfortable existence. Unlike the rest of Rajasthan, which was largely part of various princely states before Independence, Ajmer was ruled directly by the British until 1947. Centuries of British rule have left a mark on the city - in the Victorian-style churches, substantial Christian and Anglo-Indian population, and a laid-back, somewhat anglicized vibe. The British also chose to establish several educational institutions in the city, some of which, like the Mayo College, are known for their quality education even today. Apart from Mayo, they also set up many convent schools which, along with a government medical college, an engineering college and the State Secondary Education Board have turned Ajmer into an attractive education hub. The hard-to-miss colonial hangover gave the town a distinct sense of quasi-cosmopolitanism that mixed comfortably with the traditional Marwari and Jain culture of the city.

For us - Mum, Dad and me - the city presented the perfect platform to transcend our caste. After the difficult circumstances of my birth, Mum probably acquiesced in her reality, and attempted to make the best of it. I remember watching her get ready, her eighties-style perm luminous under the fluorescent mirror light, as she applied dark metallic eyeshadow. Sometimes she wore tiny kitten heels when we went out, even though the piercing pain in her injured ankle would make it difficult for her to sleep later that night. A photograph of my parents in the audience of a school function from when I was four shows her wearing a gorgeous pair of cream-coloured heels, the crepe bandage still visible on her foot. There are other pictures of her in structured pants, slim-fit shirts, and bold patterned salwar-kurtas - experimental fashion choices that stood out in largely conservative Ajmer.

Movie nights, occasional eating out, socializing with Dad's few friends were among our weekly rituals. They mimicked the upper middle-class habits of the early nineties, even when our financial situation didn't. They were a curated performance designed mostly by Mum's aspiration to break out from our lower caste. The biggest show of the year would often be my birthday party. Every year till I turned five, Mum baked elaborate cakes from scratch - her 2-kg rabbit cake and a three-tier witch's house from the Hansel and Gretel fairy-tale were remembered for many years - and prepared a feast for at least thirty guests. It was an occasion to declare our 'higher' class status and an attempt to camouflage our lower caste. Classmates who lived nearby, and other kids from the neighbourhood I hardly ever played with, would be invited, along with their families. Dad, his younger brother, sister and my grandfather would invite their friends and associates. Dad's siblings and their friends would spend the day decorating the house with ribbons, fairy lights and streamers. The party would last all evening, with Boney M and ABBA playing in the background. It wasn't your average birthday party for a child, it was an assertion that we were the 'equals' of the upper castes.

Fashion and lifestyle choices were a significant but ultimately smaller part of that performance of upper-casteness. The toughest act was speaking perfect English. Dad had studied at one of the English medium convent schools in the city and spoke decent English, although with the slightly forced accent typical of his generation. Mum was less privileged in her upbringing, as her father only joined the Excise Department when she was thirteen. (He had spent many years after his marriage preparing for the exam while also holding down several part time jobs while his father supported the entire family.) Mum and her siblings attended the local school in her small town that offered English as a subject but not as a medium of education. There she learned to read and write the language but didn't get much opportunity to speak it. By the time she graduated from college with a Bachelor's degree in English Literature, Mum could write papers on twentieth-century English authors, but didn't feel confident speaking the language. Being able to talk in perfect English with no trace of a regional accent remains the mark of wealth, pedigree, class and even intelligence in modern India. A failure to master fluency in the language can often indicate the failure of a person overall. Most Dalits and several non-Dalits, particularly in northern and western India, struggle with speaking that kind of English. Many, like Mum, read and understand it perfectly, but fear being mocked for their accent and grammar. English Vinglish (2012), directed by Gauri Shinde, tackled the subject masterfully, with Sridevi playing the part of a homemaker whose children and husband ridicule her incorrect pronunciation or misunderstanding of certain words. Their hurtful remarks routinely upset Shashi (the name of Sridevi's character and also my mother's name) who appears visibly deflated and diffident as a result. She joins an English-speaking course in New York (where she's visiting her sister) where, among non-Indians, she learns to separate her worth from her ability to master a colonial keepsake, and ultimately regains her confidence.

The proliferation of hundreds of English-speaking courses in India underlines the assumed link between English and excellence. These courses would have you believe that knowing English guarantees success, a claim that the current job market seems to back. Undeniably, English is essential to compete in a global economy, but it doesn't supersede education, talent or intelligence. The citizens of several non-English-speaking countries do just as well in a multicultural world as their English-proficient counterparts. As a developing country, our English-fluent population is among our strongest global resources. Yet, it doesn't justify hurting the self-worth or denying the ability of a majority that feels less than confident in communicating in English. Ultimately, our unnatural deference to English is a result of our internalized colonial hangover. The British are long gone but we still use someone's facility for the language to gauge their place in society and whether we consider them worthy of respect.

Mum shared that veneration for English with the rest of the country, and with good reason. Despite her Bachelor's degree in English Literature, Dad and members of his family continually attacked her for not 'knowing how to speak English'. She also knew that anyone - even a Dalit - who spoke 'good' English would be treated with instant respect. So she decided that I would speak the language fluently - it would gain me the respect and acceptance that she had not.

My parents spoke to each other in Hindi, but I grew up mostly bilingual: speaking English and Hindi almost equally well. Even when I was young, I knew the English names and pronunciations for most common fruits and vegetables, even those not yet available in India. At one family wedding, when I demanded a date instead of khajoor (as it's called in Hindi) Mum told me it was the most proud I'd made her. A child growing up in the urban middle-class India of the eighties and nineties might find it surprising that this was an achievement to be proud of. But for a Dalit family living in Ajmer it was aspirational. Even at five, I could sense that people reacted to my ease of expression with a combination of mild annoyance, jealousy and grudging respect. Maybe that's why I started reading when I was very young. When my parents gifted me a copy of Oliver Twist for my sixth birthday (it was too advanced for me and I quickly abandoned it) like most of their peers, they were hoping to inculcate healthy habits in me early, but their impetus was different. Only if I excelled in English-reading, writing and speaking - could I compensate for our Dalitness. I needed to become fluent. So I read magazines like India Today and Femina, which we subscribed to, paid extra attention in English class and  diligently practised writing in cursive script. Even staring at the TV when I didn't understand the accent of British shows like Mind Your Language or Yes, Minister made me feel like I was better than my classmates.

Excerpted with permission of Aleph Book Company from 'Coming Out As Dalit' by Yashica Dutt. Order your copy here.