Book Excerpt: How Modi Has Made A Mark As A Prime-Time Prime Minister 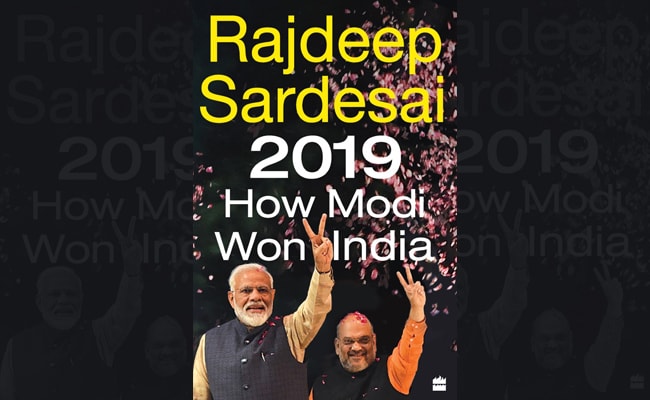 Perhaps the best example of this 'soft focus' Modi branding was the prime minister's much discussed interview with film star Akshay Kumar. Team Modi was keen to take a break from the routine news interviews which they felt were getting a tad repetitive. 'We wanted something "hatke", something that would strike a chord with a much wider audience than just those who watch news, which in any case is only a small fraction of the overall TV-viewing universe,' expounds a Team Modi strategist. Several names were considered. Although he had been spotted with Modi ahead of the 2014 elections at the kite-flying Uttarayan festival in Ahmedabad, Salman Khan was deemed far too controversial for a primeministerial encounter. Sachin Tendulkar was reportedly on the shortlist: he is, after all, a Bharat Ratna and a former nominated Rajya Sabha MP, but his interview skills were untested. Karan Johar was an option - his Koffee with Karan is a very popular show - but he was eventually ruled out as perhaps being too flippant.

Akshay Kumar, by contrast, fit the bill: a big star with a wide appeal who was a self-confessed admirer of the prime minister. More significantly, he had a 'nationalist' image: he had started a 'Bharat ke Veer' initiative to provide financial assistance to the families of armed forces martyrs. His hit film Kesari, a rousing patriotic film where he plays a Sikh solider who takes on Pashtun invaders, had just been released in March 2019. His film Toilet: Ek Prem Katha (2017) was based on the prime minister's Swachh Bharat initiative and another film, Padman (2018), spread social awareness about menstruation and the need for low-cost sanitary napkins, issues which gelled well with the Modi narrative. 'His status as a popular film star with a macho patriotic image whose stardom is not based on family lineage made him the perfect fit for us,' explains a Team Modi strategist.

The interview was meticulously planned. A multi-cam shoot, it was filmed like a high-quality production. While ANI provided the basic cameras and a switcher, a professional jib camera unit was hired for a high-angle view to give the shoot a sense of grandeur. Akshay was dressed in a casual white shirt and light pink trousers while the prime minister was a tad more formal in his long-flowing kurta and churidar with a blue unbuttoned Modi jacket. The tone and setting - the two took a stroll across the verdant lawns of the prime minister's residence and then sat down to converse - was designed to create a sense of personal camaraderie between star and politician. The answers were just as calculated: Modi, the poor boy from Vadnagar who was untouched by the trappings of power. We were told how Modi played gilli-danda in his village, how he used to wash clothes near the village pond, how his mother gave him 'sawaa' rupee (Rs 1.25) as pocket money and how he loved plucking mangoes from trees and eating them. A suitably deferential and awestruck Akshay asks Modi, 'How do you sleep for just three and a half hours?' The prime minister's reply was just as deliberate: 'When I met President Obama, he also asked me, "Don't you sleep ..." But my body cycle is such that I don't sleep for longer than three to four hours.' The humble workaholic, the karmayogi neta found the perfect foil in the admiring film star. Akshay Kumar was visibly impressed, and the viewer was also encouraged to be. It was the perfect promotional video.

Even the timing of the interview was planned with a firm eye on the elections. Aired on 24 April, just five days before the fourth round of polling when the battle was slowly shifting from the south to Mumbai, north India and the Hindi heartland. An interview with a top Bollywood star just before this phase of voting was ideal publicity, especially when every major national news channel telecast the interview several times over. The opposition and even a section of the media criticized the interview for being a pre-scripted attempt to deflect from real issues like jobs and agrarian distress but for Team Modi the goal had been achieved: the prime minister's personality was once again the central talking point. 'Like it or not, it was a PR coup,' contends a BJP leader. 'Who stopped Rahul Gandhi from being interviewed by an Aamir or a Shah Rukh Khan?'

Shrewd political marketing and continual 'headline management' that is driven by an obsessive desire to get the optics right has always been an integral part of the Modi communication strategy. In his Gandhinagar years, the American lobbying firm APCO was paid top dollar to help 'sell' Modi's 'Gujarat model' to the world, while organizing flashy business summits like Vibrant Gujarat. Now that he was the prime minister, Team Modi was even more fixated on showy image-building events. Every anniversary of the Modi government was celebrated like a grand birthday, with songs, catchy slogans, media conclaves. On the third anniversary in 2017, the slogan used was 'Mera desh badal raha hai' (My country is changing), accompanied by a song composed by adman Piyush Pandey and his Team Ogilvy who had also worked on the 2014 BJP election campaign. 'We dealt with ministers Jaitley and Piyush Goyal on each campaign theme but the final approval for the idea would come from the prime minister himself,' Pandey tells me. The song mandatorily became the caller tune of most BJP leaders and ministers. It was almost as if the Modi government was in constant campaign mode, parading its achievements and promising even more. In this cycle of upbeat messaging, there was no time to press the pause button, listen to naysayers or introspect. The voter literally had no time to breathe: barely would one news event end than another would be inaugurated with equal fanfare. By the fourth anniversary in 2018, the slogan was changed to 'Saaf niyat, sahi vikas' (Good intent, right development), accompanied yet again by more professionally produced glitzy videos. Even if there was creeping fatigue with the sloganeering, it wasn't allowed to settle into any form of anger against failed promises.

TV media, in particular, was being led into a blissful Modi-transfixed news universe where there was almost no space for negativism or interrogation of the leadership. Every time a potentially adverse story was broadcast, the narrative would be cleverly diverted. I recall one instance in January 2019 when a NSSO report revealed that unemployment was at a forty-five-year high. The story was flashed for a while before suddenly a fresh 'breaking news' was put out: 'Sources say government still considering an ordinance on Ram Temple in Ayodhya'. There was no verification of this story and yet it became a prime-time debate on many channels. The parlous state of the economy, not for the first time, had lost out to a potentially emotive and divisive religious issue. Divert and rule was the government's extremely effective tool to capture the media's attention.

This unremitting brand-building exercise is not just driven from the PMO: Team Modi has created a parallel ecosystem in which many individuals and groups are involved in designing Brand Modi. For example, a 'not-for-profit' company called BlueKraft Digital Foundation, has brought out several books revolving around Prime Minister Modi while tying up with major publishers. One of them, the bestselling Exam Warriors, is 'authored' by the prime minister to help children fight exam stress. Another book is on Modi's monthly radio broadcast, 'Mann ki Baat', a show hyped as a 'social revolution on radio'. Both books are aimed at projecting Modi as an avuncular feel-good guru, someone who inspires the youth in particular, a critical demographic in Modi's outreach. Started in 2016, BlueKraft positions itself as a 'knowledge and technology' partner in such exercises but most of its founder members are connected to Team Modi and the BJP. One of them, Hitesh Jain, a Mumbai-based lawyer and BJP spokesperson, tells me, 'Our aim is to sell the "new India" dream as embodied in the strong persona of Mr Modi.'

Excerpted with permission of HarperCollins from '2019: How Modi Won India' by Rajdeep Sardesai. Order your copy here.

Book Excerpt: IIT-Madras And The Long Link To Germany