Neo Peshwas Hurt By Dalit Show Of Strength In Koregaon

While the whole country was celebrating the dawn of a new year, millions of Dalits were gathering to celebrate a day of valor near the banks of the River Bhima in Koregaon, 30 kms from Pune.

To understand why lakhs and lakhs of Dalits gather every year at the place and day, an event which seems irrelevant to main stream media and most of the people in this country, I want to refer to you a very popular Hollywood movie named "300". The movie is based on the chivalry of a ruler who with just 300 soldiers was able to defeat an army of thousands. Well, this fictional story has some resemblance with the Battle of Koregaon exactly 200 years ago, when a troop of 800 Mahars who were considered untouchable fought with the British to defeat an army of 28,000 upper caste Peshwas. This fight took place on January 1,1818, and Dalits mark it as a day of bravery by the Mahars.

Babasaheb Ambedkar used to visit this place every year to pay tribute to the martyrs of Koregaon and the valour of the Mahars and thus it become popular in today's Ambedkarite community. Dalits from all across India gather at Koregaon every year but this was the first time that violence erupted.

For this, rewind please to 1987. After a long copyright battle, the Maharashtra government released Ambedkar's "Riddles in Hinduism". The Marathas led a huge protest asking for the book to be banned because they felt it hurt the sentiments of Hindus. Dalits then launched their own protests in support of the book. In the competition, Dalits outnumbered Marathas in the demonstrations. 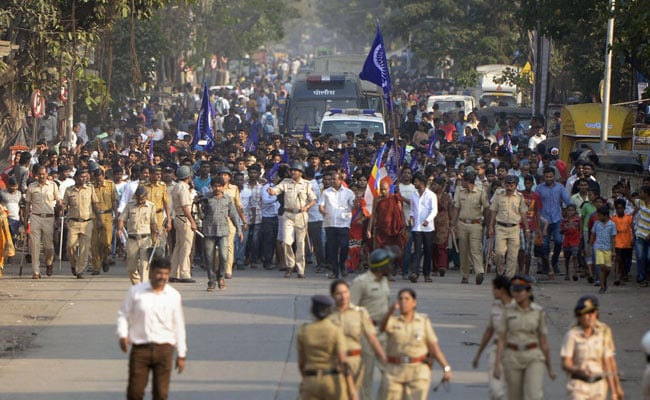 Finally, the Maharashtra Government agreed to paste a slip on the offending volume that the views expressed in the book were not those of the Maharashtra government. But what the massive Dalit protests established was how Babasaheb is so deep-rooted in our ideology and that Maharashtra is a focal point of the Ambedkarite movement. Thus there is a unique social unity among the Dalits in this region.

Now, coming back to why violence erupted this week - well, last year, the Marathas led huge demonstrations against the Prevention of Atrocities Act for Scheduled Castes and Tribes, saying this is a regressive law which is misused with fake charges by Dalits against upper castes. Several Dalit organizations then organized counter-protests. As always, an assertion by Dalits for equality led to resentment among upper caste Brahmins who we call "Neo Peshwas".

The 200th anniversary that was celebrated by Dalits to mark the defeat of the Peshwas was an ego problem for upper castes. Dalits, on other hand, are using social media for a digital revolution aimed at promoting the history and fight against casteism by those at the bottom of the social hierarchy.

What happened this week is a clear sign that a casteist mindset is still a reality in Indian society and the pride of Dalits hurts others to such an extent that it results in violence.

Many media houses reported this incident as caste clashes and subvert the fact that on January 1, hundreds of people attacked peaceful visitors to Bhima Koregaon. The tension as said earlier began climbing last year; it needed an outlet. Because it was the 200th anniversary of the Battle of Koregaon, a large celebration by Dalits was planned - and this was guaranteed to offend fundamentalist Maratha groups like Shiv Pratisthan, Hindu Ekta Manch. Locals alleged that right-wing groups were making speeches against the event three or four days prior to the incident. The gram panchayat of Bhima Koregaon wrote to the local police administration seeking protection as there was the possibility of harassment by some fringe elements. 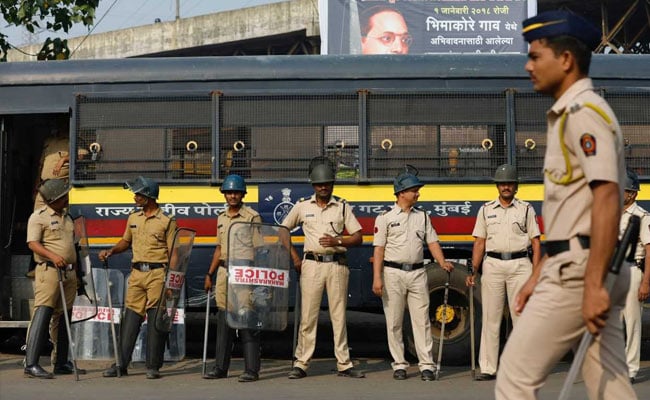 After yesterday's protests, 100 people were detained, the police said

All the markets near Bhima Koregaon were closed day. Fringe groups asked the villagers to keep their shops closed so that lakhs of visitors at Bhima Koregaon would be inconvenienced. There was a shortage of food and drinking water. The local administration had made no attempt to organize any of this.

About 10 lakh Dalits gathered at Bhima Koregaon and a few hundred from rival groups could not have dared to attack them unless plans had been made. Stones had been stockpiled, locations had been shortlisted as target areas. Videos of these attacks are circulating on social media, these attackers have saffron flags in their hands.
Neither the government nor the media showed any interest in what was going on and that is why such a large-scale reaction broke out in the Dalit community.

The Dalit community has one unique identity and that is its continuous and evolutionary social movement. This community is pretty aware of its democratic rights and with economic empowerment and digital revolution, the pace of the Dalit renaissance has increased.

Any grievous atrocity has been vehemently opposed by this community in last three years it is evident by from the suicide of Rohith Vemula and the thrashing of young men at Una last year.

The Rohith Vemula tragedy at a Hyderabad campus has led to the defeat of the right-wing student group ABVP at several major universities. The Una agitation resulted in weakening the BJP in the home state of Narendra Modi where the party fell to double digits in the recent election and Jignesh Mevani, the face of the Una movement, was elected in his first attempt.

After clashes last year in Uttar Pradesh's Saharanpur between upper caste Thakurs and Dalits, the BSP managed to consolidate its core voters along with Muslims and was able to win two municipal corporations. A new Dalit leader emerged in the form of Chandrashekhar who is still in jail and leading a battle against upper caste fringe elements.

There were about 184 different Ambedkarite groups who came together to celebrate Bhima Koregaon Victory Day. This violence united thousands of such organizations - and this unity will also trouble right-wing political and social groups.

What happened in Koregaon has all-India political implications. Also, those who still believe in or practice caste politics must accept that Dalits are no more a people who carry pots in their mouth and brooms on their backs.

(Devashish Jarariya is from Madhya Pradesh and a supporter of Mayawati's Bahujan Samaj Party.)

Disclaimer: The opinions expressed within this article are the personal opinions of the author. The facts and opinions appearing in the article do not reflect the views of NDTV and NDTV does not assume any responsibility or liability for the same.
Comments
Dalit ViolenceKoregaon Bhima