It is normal for young talents to become larger-than-life in death. It happened to Hollywood actor James Dean and guitarist Randy Rhoads among others. So it is understandable that Sushant Singh Rajput's tragic death has invited a similar reaction from those who follow Bollywood. Which, of course, is almost every single Indian.

What is unprecedented though is how much emotion people have invested in his death. It is tempting to blame India's tabloid media for endlessly focusing on the alleged suicide. Prime-time tabloid TV anchors have unleashed a series of trials-by-media. And news channels switch seamlessly from one 'accused' to the 'other' every day. But the reason they do it is because this story is fetching huge ratings. People are deeply interested.

In effect, the Sushant Singh Rajput story has been reinvented as that of an 'outsider' who made it in the big bad world of Bollywood through sheer talent and hard-work. We are being told that Bollywood's 'elite' blocked his rise just when he was on the cusp of becoming a mega star. Things about the actor have been trending on social media for the past few weeks.

A video of Sushant giving people a tour of his Mumbai home began trending after his death. Right now, it has over 9.1 million views on YouTube. The comments on the video give us a glimpse into the discourse that has built up around the actor. Most talk about his simplicity, how he was not treated as an equal, how he was smart and well-read. The comments equally diss the 'star kids' and 'arrogant' stars who didn't let Sushant flourish.

People are identifying in Sushant their struggles with their personal glass ceilings. Many would have faced it in their careers, where those more proficient in English or with better facility with a fork-and-knife managed to leapfrog into positions of authority, even when they were less capable. In others, it feeds their private myths about themselves, about being left out because of their social origins, and not because they are not good at what they do. Sushant Singh Rajput's demise builds upon and then amplifies this grievance politics, the permanent sense of being wronged.

In a sense, this is collateral damage - or perhaps an integral part - of the right-wing populism that dominates India's polity today. It is based on the idea that there are villainous elites who want to subjugate the 'people' and they need to be exposed and defeated. It is also coloured by what Umberto Eco called the "obsession with a plot". Sushant Singh Rajput could not have killed himself, this obsessive belief tells us: there must have been a plot to murder him. Or - what amounts to the same thing - the deliberate humiliation he faced from Bollywood's entrenched elite led him to commit suicide.

Right-wing populism operates and spreads through a series of instalments of such themes and events. Again, to quote Eco, it functions through "a TV or Internet populism, in which the emotional response of a selected group of citizens can be presented and accepted as the Voice of the People." It equally reproduces itself through the body of women - both 'chaste' and 'fallen'. The figure of Rhea Chakraborty stands in as a political battlefield for this populism. News TV insinuates that she had done 'black magic' on Sushant, that she was a gold-digger living off him, controlling him. Her attire is used to mark her as a non-traditional woman bound to be immoral. When she wears a salwar-kameez, it is literally treated as a 'cover-up'. 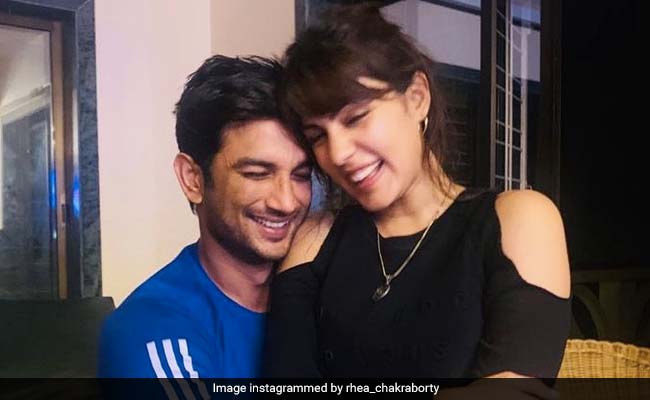 The salacious coverage of Sushant Singh Rajput's death, the invasion of not only his privacy but also those who were in contact with him, has been duly criticised by liberal sections of the media. Many have commented about the crassness of TV shows. Others have pointed to the fact that the media has focused on such a non-issue at the cost of covering a crisis-ridden economy, China's alleged incursions, floods in Assam, and many other 'important' issues. I submit that this criticism underestimates both the popular angst behind the interest in Sushant's death and also the dangerous political fallout of pandering to it.

The attack on Bollywood's bigwigs and the trial-by-media of Rhea Chakraborty is a sign that right-wing populism has reached a crucial juncture from where it has to travel a very short distance to turn fully 'Ur-Fascist'. It has moved from considering minorities and intellectuals the enemy of the 'nation' into a space where everyone who is established in any institution - Bollywood included - is an enemy of the 'people'. So despite the attempts by Bollywood's swish set to cozy up to the regime, they are now being targeted by the so-called 'outsiders'. It is no coincidence that several politicians have called for a complete reorganization of Mumbai's film industry.

We are now reaching that moment when they will come for you.

Uma Bharti's Joke, Laughs All Around After Ayodhya Coverage Frenzy