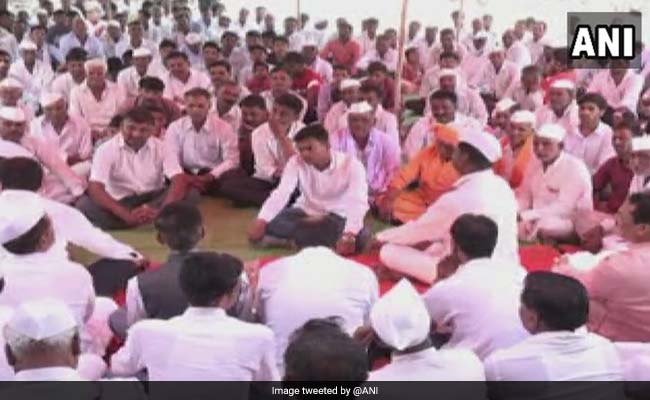 Aurangabad: Dairy farmers in Maharashtra allege they running losses for the last many months and their repeated demands have fallen on deaf ears of the state government. "Fadnavis government has failed to implement its promise of raising milk procurement rates," farmer told news agency ANI.

At a protest rally, dairy farmers in Aurangabad said on Monday, "We have to sell milk at Rs 17. We had demanded a base price of Rs 50 per litre but government has fixed the procurement price at Rs 27. We're running into losses. So in protest, we'll distribute milk at the collector offices free of cost from May 3-9."

Reports suggest the Left-affiliated All Indian Kisan Sabha (AIKS) plans to block milk supplies to cities across Maharashtra including Mumbai and Pune, unless their demands are met. Ajit Nawale, who played a leading role during the 'Farmers Long March' on March 11-12, said the state government has not yet increased milk procurement prices to Rs 27 per litre and the cooperatives were not paying the farmers.

A year ago farmers in Nagpur poured thousands of litres of milk on the roads, protesting against the Maharashtra government, for not fixing procurement rates.

The Rashtriya Kisan Mahasangh, which is the umbrella body of 110 farmers' groups have decided to go on nationwide "gaon bandh" protest from June 1 to June 10. The RKM has put forward three demands to the centre - implementation of complete loan waiver, 50 per cent increase in C2 or the sum of paid out cost and fix minimum support price.

The farmers' body has said they will observe June 5 as "shame day", they will not send their produce to cities nor will they consume it. On June 6, farmers will pay tribute to those who died during protests in Madhya Pradesh's Mandsaur and on June 8, they will observe nationwide "unsupportive" day.