"Rahul Gandhi Had Assured Me Ticket": Vyapam Whistleblower After Snub

Election in Madhya Pradesh: Vyapam whistleblower Anand Rai said, "I have not been given a ticket to fight elections even though Rahul Gandhi had assured me of it." 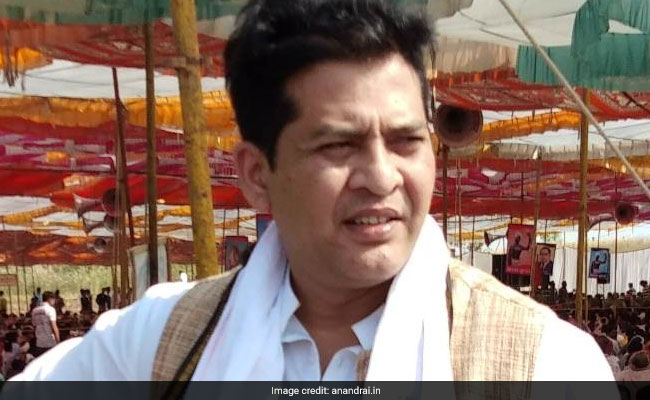 The whistleblower in the Vyapam exam scam is not on the list of Congress candidates who will fight the Madhya Pradesh assembly election on November 28. Anand Rai was the first person to go to the high court alleging that candidates bribed government officials to make it to the list of those who cleared the test, without taking the Madhya Pradesh Professional Examination Board or Vyapam.

"I have not been given a ticket to fight elections even though Rahul Gandhi had assured me of it. It was only because of me that the Congress's Sanjeev Saxena (another Vyapam accused) was not given a ticket," Mr Rai said.

Mr Rai got suspicious back in 2005 when he himself took his exams, and found it strange that many who qualified were all from the same hostel block. He kept digging for evidence and after filing repeated complaints and receiving no response, finally went to court in July 2013.

"I am innocent and the truth will come out. For now, I will work towards strengthening the Congress. For once, I felt that I have been betrayed but now I feel that I should walk behind those with bigger issues," Mr Rai said.

Senior Madhya Pradesh Congress leaders, including state unit president Kamal Nath, Jyotiraditya Scindia and Digvijaya Singh will not be contesting the elections. The Congress announced its final list of candidates on Thursday.

The BJP, which has been in power in Madhya Pradesh for 15 years, won the 2013 elections with a big majority. The Congress is hoping that the Vyapam scam and the Mandsaur agitation would spoil the BJP's chances this time.

There are 230 seats in the Madhya Pradesh assembly.