'Will Beat You': Not Invited To Event, Andhra Speaker Threatens Officials

Andhra Pradesh: The speaker, Tammineni Sitaram, who is the MLA from Amudalavalasa AC in the same district, was not invited for the event. However, he got information from the Chief Minister's Office to attend the program. 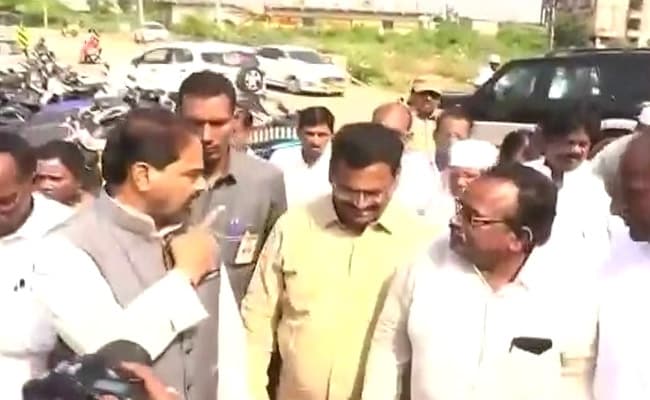 Andhra Pradesh assembly Speaker Tammineni Sitaram, upset at not being invited to an official event on Thursday, allegedly lashed out at officials and threatened to beat them up. The Speaker apparently received the invite not from the organisers but the Chief Minister's office, which infuriated him.

Mr Sitaram lost his temper when he arrived for a function in Srikakulam to mark social reformer Jyotiba Phule's 129th death anniversary. The event was organized by the Andhra Pradesh Backward Classes Welfare Corporation.

The Speaker expected an invite as he is the MLA from the Amudalavalasa assembly constituency AC in the district. However, he received a message from Chief Minister Jagan Mohan Reddy's office to attend the program.

As he showed up, Mr Sitaram went straight to the officials who had organised the event and questioned why public representatives were being ignored in government functions.

When the officials tried to placate him, the Speakershouted at them and said if such mistakes recurred he would "beat them up".

The officials reportedly stayed silent as the politician railed at them.